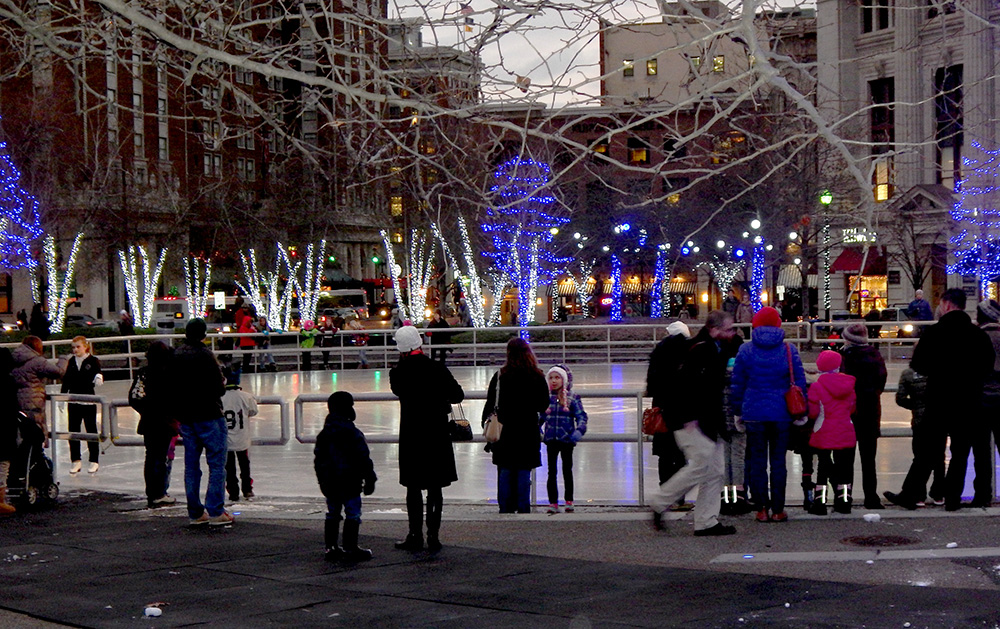 “I come out every year,” said Kimberly Anderson, 33.  “I love seeing the tree being lit and being able to experience this with my family.”

The event began with Walt Gutowski, First Ward City Commissioner, inviting a young girl on stage to ring bells while the crowd sang along to “Santa Claus Is Coming to Town”. 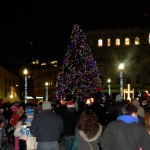 After Sauer’s performance, Kristi Kortman, a Make-A-Wish recipient who survived cancer, was given the opportunity to pull the switches that lit the tree with 40,000 lights.

The ice skating rink at Rosa Parks Circle was supposed to open as well but was postponed until  Sat.  Dec. 7