Despite the possibility of inclement weather conditions, at 6:30 p.m. on Sunday the Denver Broncos will play the Seattle Seahawks in Super Bowl XLVIII. Both teams are coming to the game with an impressive record of 13-3, and this will be the first time these teams have faced off since the preseason.

With Seattle’s noteworthy defense and Denver’s uncanny offense, this match up at MetLife Stadium in New Jersey is one for the history books.

The previous games that these two teams played only supports the talent they’ve shown this season.

The Broncos defeated the New England Patriots 29-16. The Patriots were unable to stop the combination of the consistent running and passing game. Manning has many skilled players to throw the ball to, including tight end Julius Thomas and wide receivers Wes Welker, Demaryius Thomas, and Eric Decker.

Only hours later, Seattle cemented their 23-17 victory, and their spot in the Super Bowl, over the San Francisco 49ers with an interception in the end zone. The Seahawks have other tricks up their sleeve besides defense. They have Russell Wilson, a more mobile quarterback, and Marshawn Lynch  aka “Skittles”, who is sure to give the Bronco’s defense a run for their money.

Moneil Saunders, a GRCC freshman from Chicago, said that he thinks Lynch will be ready. “If he wants that ring he better be,” Saunders said. Despite his confidence in the running back, Saunders predicts the Broncos to come away with the win.

The fact that MetLife Stadium is not a dome, may provide weather with the opportunity of making the game interesting.

Becky Verzi, a fourth year GRCC student from Grand Rapids, said she expects the weather to make a difference. “They’re actually outside on snow and ice,” Verzi said.

Will Manning or Wilson be the one to lead their team to victory? Will the weather make or break a team? No matter the outcome, Super Bowl XLVIII will definitely be one to watch. 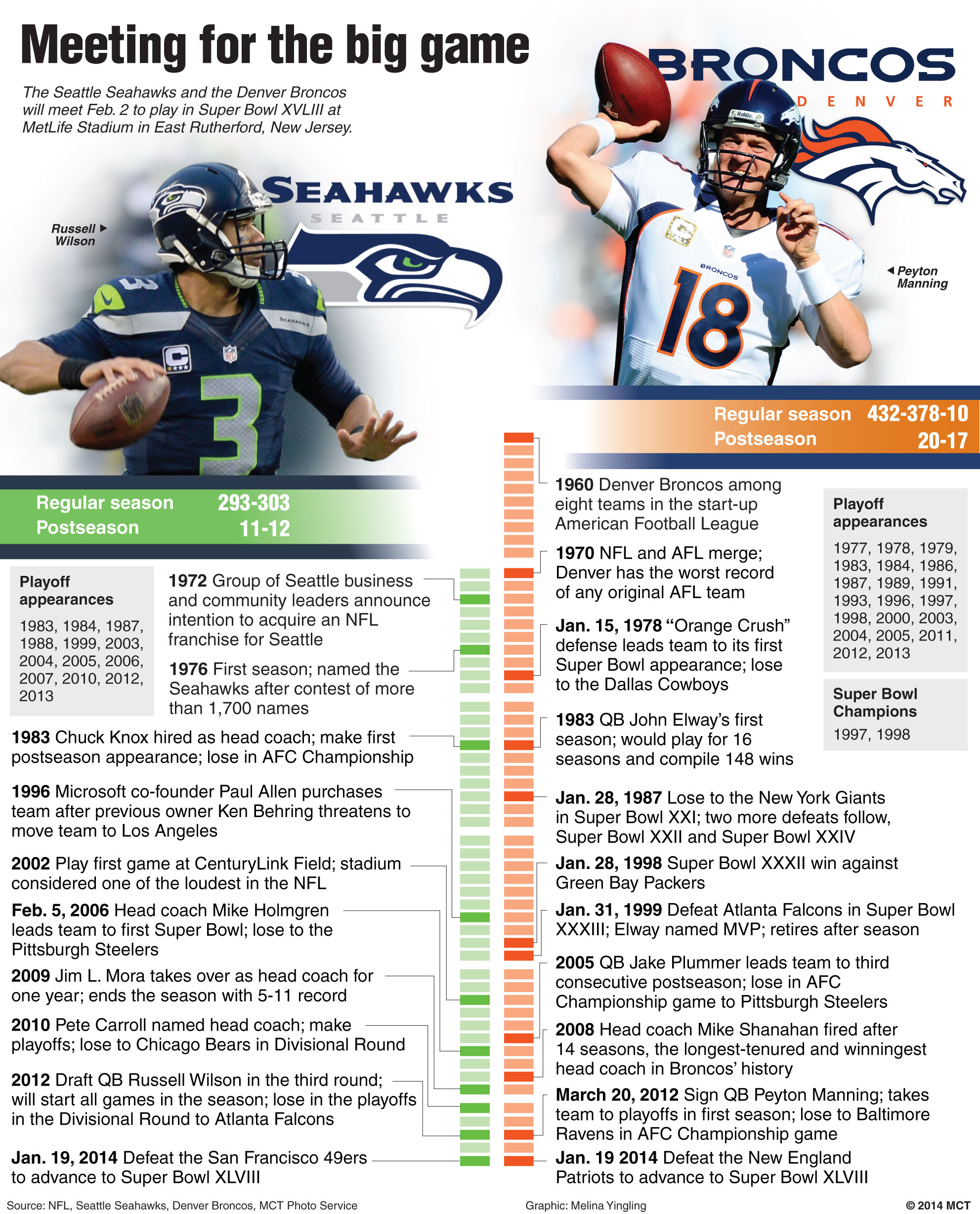