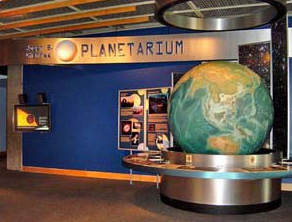 Major renovations are under way for the Roger B. Chaffee Planetarium at the Grand Rapids Public Museum, which is on track to re-open in March, 2014.

Kate Moore, Director of Marketing and Public Relations at the Grand Rapids Public Museum has expressed her excitement with the new planetarium.

“Previously, we had a Digistar-1, which has sky-renderings in it. We are now updating to a Digistar-5, which allows us to have the capability to do high-definition programming and is full dome,” Moore said. “We will also be able to pull up the night sky of Grand Rapids and anywhere else around the world on a specific date and time.”

New seating, carpeting, acoustics and lighting have also been added during the renovation, which will add to the experience of the major hardware and software updates.

“When people come into the planetarium, we want them to feel welcomed,” said Moore. “They’ll learn about Roger B. Chaffee and why the planetarium and space program are significant to the relation to Grand Rapids.”

Roger B. Chaffee was a NASA astronaut from Grand Rapids who died during a training exercise for the Apollo 1 program at age 31 in 1967.

During the introduction, five to 10 minutes will be devoted to audience participation and getting perception of the current night sky from anywhere in the city.

“To give you an idea of the upgrades we’re talking about, we took about 60 Kodak slide projectors out of the planetarium…and the new equipment will run off an iPad,” said Moore.

The old projector in the middle of the room is now gone and is replaced with two new state of the art projectors. This allows for greater space inside with an all new seating layout, which can support not just planetarium shows but small concerts and other presentations.

“With the upgraded equipment we also purchased a producer station, allowing us to create our own shows right here,” Moore said. This producer station will allow the museum to partner with colleges to create new learning experiences and with the new technical capabilities they also can market these shows to other museums.