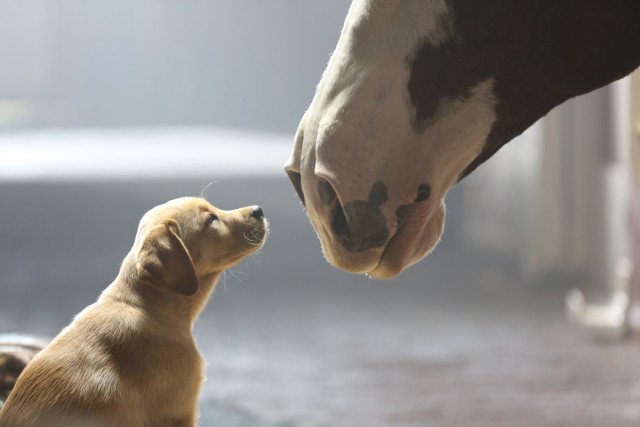 While the game itself had proven to be quite dull, the Super Bowl halftime show including Bruno Mars and the Red Hot Chili Peppers made up for the uneventful blowout.

Many claim that the high energy, touching tribute, and classic band appearance, may have ranked this show among one of the best halftime shows in Super Bowl history.

Bruno Mars’ sensational halftime performance was plenty to be excited about. With his thrilling dance moves, energetic back-up band and one of pop-rock’s most compelling voices, Mars showed the world why he is considered an A-list entertainer.

Playing popular chart-toppers such as “Treasure,” avid Bruno Mars fans everywhere were singing and dancing to an outstanding halftime show, making Super Bowl history.  The Red Hot Chili Peppers took the stage with great force and energy, and definitely made an unforgettable appearance with their 1991 hit “Give it Away.”

But it would be Bruno Mars’ tribute to military families during the singing of “Just The Way You Are,” that left chills running down the collective backs of America.

If the halftime show wasn’t enough to distract you from the mindblowing game, the commercials also did a great job of keeping the audience entertained. There is only one day in the entire year that America will decide to truly pay attention as the commercials begin to play.

It almost creates some underlying pressure to stay plopped in your seat, hoping you don’t miss that particularly hilarious commercial, everyone will be talking about on Monday. These $4 million, 30 second commercials aim to grasp your attention in the most clever and interesting ways.

Particular companies always aim for the humor aspect, and this year Doritos didn’t do half bad. Young Jimmy cleverly tricks his neighbor into his cardboard time machine. To activate it of course you must put one bag of Doritos into the activation slot.

Jimmy shook the cardboard box and blew into a megaphone loudly, making it seem like the box was moving rapidly. Finally Jimmy ran off with his prize and the newly experienced time traveler was convinced the older, upset neighbor was Jimmy 50 years later, yelling at him to get off his lawn. Well played, Jimmy.

Former Denver Bronco’s quarterback Tim Tebow did not land an NFL contract this year, finding it tough to get any offers. T-mobile, a phone company, ironically doesn’t require contracts to buy a phone. They worked together to show off how great life can be without a contract. If Tim Tebow is having the time of his life taking selfies with Bigfoot, saving puppies from fires, delivering babies, without an NFL contract, who’s to say you wouldn’t have the time to do these incredible things without a phone contract either?

Tebow showed the world that he was not affected by his lack of involvement in the NFL this current season, even making fun of the fact that he was denied a contract.

Coca-Cola, created a compelling and surprisingly controversial ad with their “America the Beautiful” commercial. The point they were trying to make is that America is made up of all different cultures and languages, but we can all come together to drink a delicious Coca-Cola. Everyone has a different background, speaks a different language, but that’s what makes America so beautiful. “America the Beautiful” was sung in languages such as Spanish, Arabic, and English. The young voices were engaging, turning the heads of every person in the room.

Many Americans’ did not respond well to this however, sending out negative feedback all over Twitter. They were upset that “America the Beautiful” was sung in anything other than English. These people completely missed the fact that this commercial was celebrating the diversity of America, and how it makes our country stronger and that much better. “From sea to shining sea” people can enjoy Coke.

Another particularly adorable commercial was the Budweiser commercial. A golden retriever puppy lives at the farm and befriends a horse three times its size. He keeps getting separated from his new friend, but continues to seek him out. Finally the puppy is adopted, once the car door shuts the horses head snaps up from the field.

As the car begins to drive out of the driveway, the horse begins galloping towards the car, neighs for help from the other horses, and together they block the car from leaving. The driver gives up the puppy, and they triumphantly run back home. The puppy and the horse are finally able to freely be together as best buds.

With the popular tear jerking song, “Let Her Go“ by Passenger playing in the background, adding up perfectly with the scenario, it would definitely tug at any dog owners heart strings.

While the game itself proved to be very uneventful, the other anticipated aspects of Super Bowl XLVIII, from the Red Hot Chili Peppers to puppies, were very action packed and entertaining.