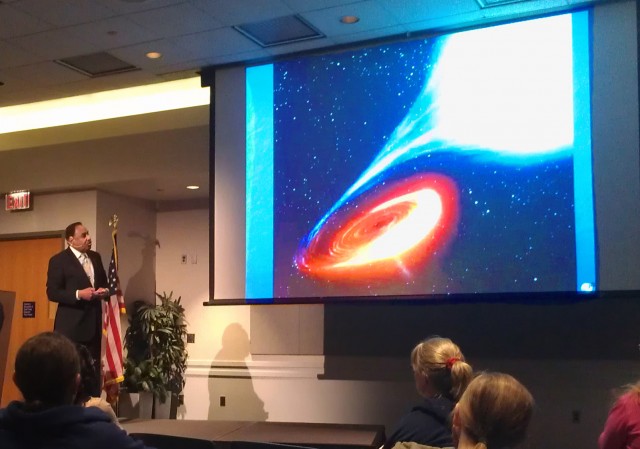 Mallett lost his father, whom he idolized, to a massive heart attack when he was 10 years old.

“I read a story in a book that changed my life at the age of 11,” he said, referring to H.G. Wells’ “The Time Machine”, which inspired him to pursue time travel to reunite with his father.

Since then he’s earned his doctorate in physics from Pennsylvania State University and published several papers and a book about his his theories of how going back in time may very well be possible.

“You can use light to effect time,” he said, after explaining the basics of Einstein’s theories of relativity, which explains the relationship between light, gravity and speed of movement.

His proposed method of time travel uses intense lasers to bend the fabric of space and time, making it into a loop which is possible to travel back in time through.

A quick video explaining the concept can be found here. He’s also written a book entitled “Time Traveler”, which is a mix between an explanation of his theories and a memoir.

“I thought he took a real complex subject and made it digestible,” said Eric Williams, Director of Equity Affairs at GRCC.