Several more inches of snow accompanied the start of February this week. According to Mark Walton, a local hydrologist at Grand Rapids’ National Weather Service office, the winter of 2013-2014 will surely stand out in people’s minds.

“This is not your typical weather,” Walton said. “It’s not setting records by any means, but within most people’s memory, this will be a winter they’ll remember.”

On Jan. 7, temperatures plummeted into the single digits, but it felt like 20-30 degrees below zero with the wind chill factor. This officially made Grand Rapids colder than both the north and south poles on that day.

This wasn’t the first time the lower mitten experienced atypical weather. A look at record temps of years past on the National Weather Service website reveals a profusion of zany weather forecasts:

Unusually warm New Year:
The New Year was unusually warm in 1876, with temperatures ranging in the mid-60s for a three-day stretch. Lansing set a record high, hitting a balmy 70 degrees on New Year’s Eve.

Drastic jumps in weather in just one day:
On Jan. 8, 1965, temperatures reached a record of 59 degrees in Grand Rapids. Just the next day, however, a cold front swept through and the temperature plummeted back into the 20s.

Record snowfall:
The Blizzard of 1999 accounted for the snowiest January on record, when Grand Rapids received a cumulative 46.8 inches of snow in a few days.

According to Walton, Grand Rapids will continue to see below freezing temperatures and steady snowfall for a few more weeks. Yet keep hope alive, Raiders—the warmer months are just ahead. In the meantime, stay warm and bundled up! 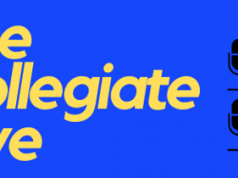 GRCC Board of Trustees wraps up interviews for open seat, appointment announced next month

GRCC Board of Trustees wraps up interviews for open seat, appointment...