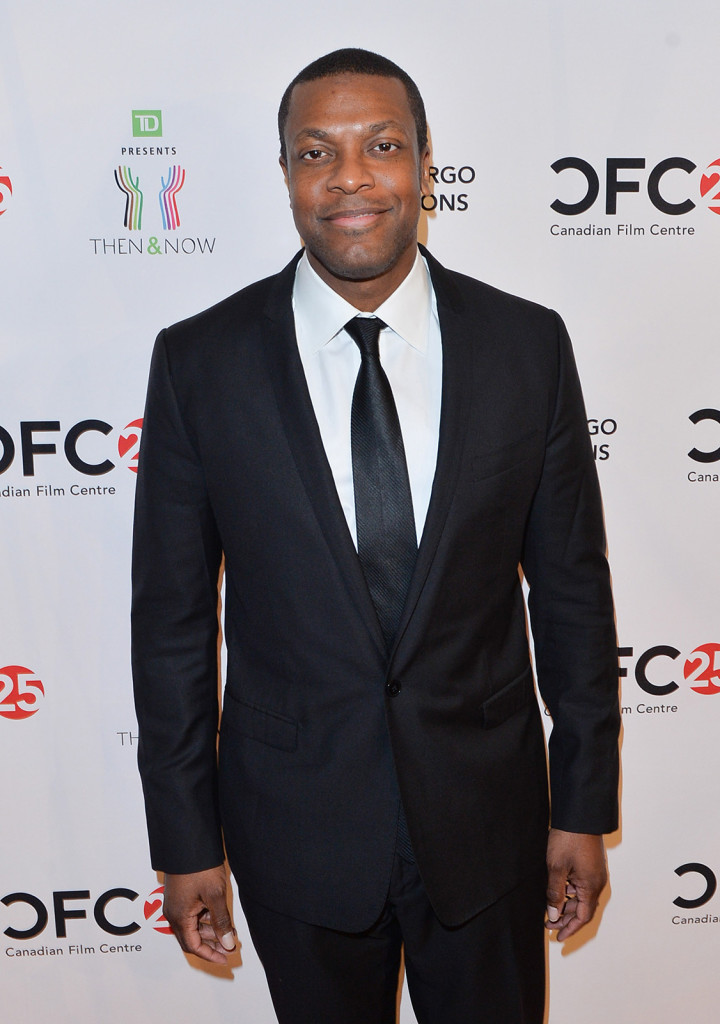 Actor and comedian, Chris Tucker is best known for playing the role of “Detective James Carter” in the Rush Hour film series. He recently starred in Silver Linings Playbook as well and spends much of his time doing stand-up comedy. The city of Grand Rapids will have a chance to see Tucker perform live during LaughFest.

This will be his first time in Grand Rapids, although he has done shows in Detroit before. He is looking forward to being a part of LaughFest because it’s for a good cause.

“A lot of great collegiates have been there [LaughFest], like Bill Cosby and people like that, so I’m looking forward to being a part of that great tradition,” Tucker said.

When asked what people can expect from his show, Tucker said, “Oh man, just a lot of fun, energy, and spontaneous-ness.”

His show will, like normal, be deep, include stories of his childhood, personal life, people he has met along the way, and many surprises.

Gilda’s Club speaks close to Tuckers heart, as a close friend of his passed away from cancer. Because of that experience, he realizes how important it is to bring awareness to the disease.

Tucker began performing and made it as a comedian at a young age and he has advice for people following in similar footsteps.

For students striving to make it in comedy, he encourages them to make sure they’ve found something that motivates them and then “work at it, be up on stage, and go find it.”

“There’s no book you can read, nobody can tell you how, they can only encourage you and they should be telling you to get up on a stage,” Tucker said. “Do it, do it until you find yourself.”

When it comes to stand-up, he said it takes work.

Tucker said, “You need to be writing down funny stuff, monologues, and jokes, prepare yourself so that when you get up on stage you’re extra ready. The reward will be when laughs come back at you.”

When he first began in comedy, Tucker said he didn’t know much, except that he wanted to be on stage and have the opportunity to work. As time went on, he continued to do that, getting better each time, and eventually he moved out to L.A. to pursue acting.

“That’s how it happened, I never gave up,” Tucker said.

He realized he was funny at a young age and described himself as a class clown. He grew up a comedian, but he knew he wanted to do it for the rest of his life when he SOLD his first professional joke hosting a talent show following after high school and got a big laugh.

He had an epiphany and said, “This is what I want to do for the rest of my life.”

Since the beginning of his comedy career, Tucker has been inspired by Richard Pryor. Similar to Pryor, Tucker also shares a deep connection with the audience and talks about real life stuff during his shows.

However, unlike Pryor, he doesn’t use raunchy language during most of his shows.

“I think my comedy is more like Richard Pryor because I talk about everything, mistakes, and all types of stuff,” Tucker said.

“I’m on stage, I’m right there, and the audience can respond, that’s what I love ABOUT? stand-up comedy.”

When it comes to his stand-up and acting careers, he said he enjoys both. “They’re both a part of each other. Stand-up gets me ready for acting, helps me to get into any kind of role and keeps me ready for anything,” he said.

Tucker is up to a lot these days. Besides performing at LaughFest, he’s traveling around the country doing stand-up. He also has his first stand-up comedy movie coming out in two months.

“Stand-up comedy is all about a repetition,” he said. “A lot of it comes on stage but it’s all a process.”

When Tucker isn’t up on stage or acting, chances are he’s traveling or finding new places to travel to. He said he loves to experience different cultures and just relax.

Chris Tucker will travel to Grand Rapids to perform during LaughFest. His show will be held in the Ford Fieldhouse at 8 p.m. on March 14.

Tickets cost between $47-$57 and can be purchased through Ticketmaster or at LaughFest Central in the Grand Rapids Art Museum.