The moment Maria Bamford took the stage on Saturday night before a sold-out crowd at Wealthy Theatre, she grabbed the microphone and started to do a low echoing voice, impersonating the crowd while staring nervously at everyone. Right then, the audience knew the strange world of comedy they were about to enter into.

“I’m not religious, but I believe in God. But I think God is a 13-story wizard who lives in a dark cave and never lets me win,” yelled Bamford, shaking her fist in the sky then awkwardly looking at her shoes, as the audience burst into laughter.

Her comedic style is alternative, surreal and awkward. Her acts are usually not presented in the standard “joke/punchline” routine, but rather stories and conversations involving multiple characters. She also has a lot of voices at her disposal.

“Oh that’s just Maria, she’s really sweet. We don’t know what her deal is but when she comes in here we give her a bowl of crumbs from the bakery,” Bamford said in the smug yuppie voice of her local barista. “Pardon me, but can I have my crumbs in a pile? More surface area means more flavor,” she said, switching back to her own voice while staring wide-eyed at the crowd. 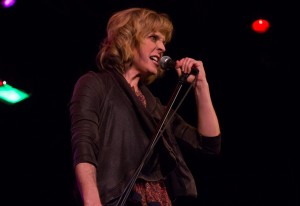 She seemed very comfortable on stage, even if she thinks the audience is uncomfortable with her.

“What is this, a speech?” Maria said, impersonating the audience. “After the show she gave us a shoulder-based hug! Does she even give a ****?” The audience then roared in laughter.

When dealing with her extended family, Bamford often runs into trouble. “I need to find a way to show people I love them, despite all my words and actions.”

Bamford explained how she is a helpful person. “Just recently I started mentoring kids in my neighborhood, but I haven’t told any of their parents”.

She offers to tell children jokes and life lessons. “A white lady walks into a bar. The bartender says ‘Sorry, but we don’t allow white ladies in this bar’.” “Well that’s never happened!” said Bamford, impersonating a rich woman. “I don’t get it,” said Maria (in a child’s voice)

“Me neither…” said Bamford, in a sad tone.

Many of her jokes involved her mother and father, which she describes as relationship “a piece of gristle that’s gnawed and chewed up, but never breaking.” She loves her parents very much, but describes their love as ‘Joy Whack-a-mole’; where you bring up something you feel happy about, but they just have to smack it down.

“Maria, that’s a nice top you got on,” she said, impersonating her father. “Well thanks Dad, it only cost $5, can you believe that? How do they do it?” Bamford said in her own voice.

She then get’s into the grumpy voice of her dad, “Yeah I was reading about that; it’s called slavery. They don’t pay them, then they passed the savings on to you.” 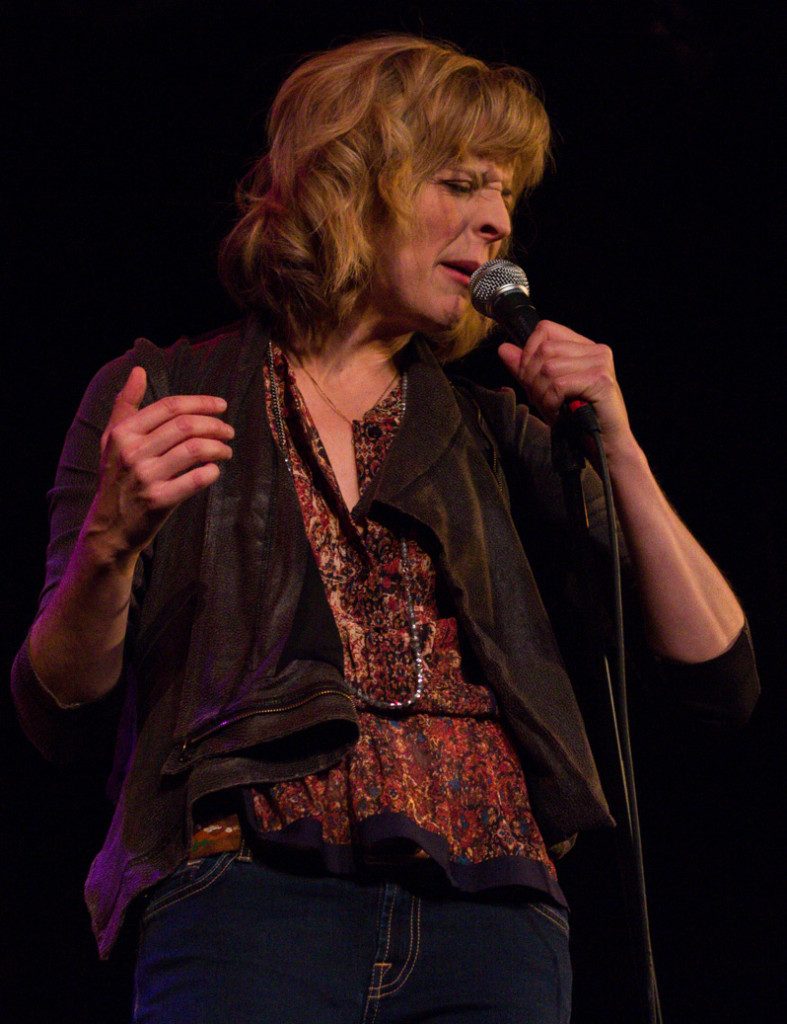 Nothing is off topic, even bipolar disorder, which Maria has been diagnosed with.

“I’m confused with being schizophrenic, which clearly isn’t my mental illness. I’m bipolar too, which apparently is the new gladiator sandal,” she said, in a chipper upbeat voice. “Schizophrenia is hearing multiple voices, bipolar is doing multiple voices.”

At the end of the performance, Bamford even offered a bit of advice to the audience.

“If you stay alive for no reason at all, please do it for spite”.

The crowd appeared to love her performance and gave her a standing ovation when her act ended.

Maria Bamford was part of LaughFest, hosted by Gilda’s Club, an organization that “supports children, adults, families, and friends as they find their smile and laughter in the midst of a cancer or grief journey.” Information about Gilda’s Club or Laughfest can be found at www.laughfestgr.org and www.gildasclubgr.org.