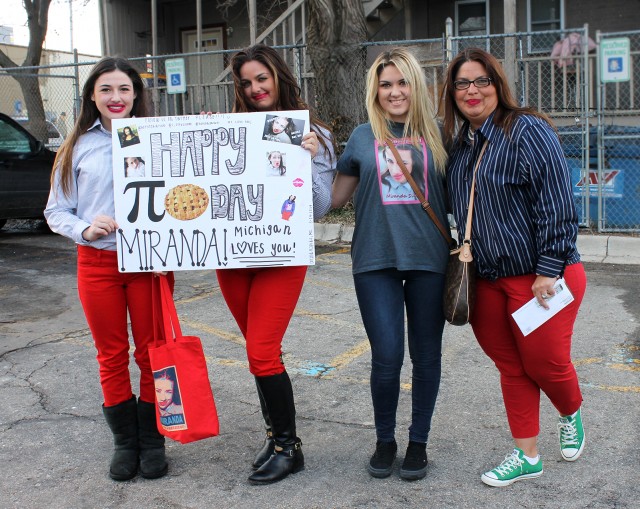 International YouTube star, Miranda Sings came to Grand Rapids on March 14 as a part of the LaughFest lineup. With her, she brought her hit songs, magic tricks, and special videos, just as she promised her Wealthy Theatre crowd. 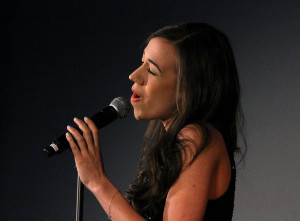 Sings is a “two woman in one show” as Miranda Sings is the double identity for singer Colleen Ballinger. Ballinger started off the night by talking to the crowd, telling them “Miranda is not quite ready to come on stage yet.” Ballinger sang two songs, “Taylor the Latte Boy,” and Miranda’s favorite song, “Defining Gravity.”

Halfway through the song, “Defining Gravity,” Ballinger changed on the stage into her other identity, Miranda. As Miranda, Ballinger put on a set that the fans in the audience were familiar with, and people who were new to her work seemed to enjoy as well.

Miranda opened her show by talking about the point of LaughFest and why she was in Grand Rapids for the event. “I really love charity work, and I thought the best charity work I could do was perform for you guys, and teach you how to be better people.”

Miranda said instead of doing a show with her singing in it, she was doing a self-help tour.

Throughout the show, Miranda gave life advice on a variety of topics. She first advised people on how they could try to sing as good as her. “A lot of celebrities use this technique that seems to work for them, and its called lip syncing,” she said.

She gave advice on how to get a boyfriend for the ladies. “You need three things to get a boyfriend. One…beauty, two…brains, and three…talent. When you meet a man, you can add or subtract for him, to prove you have brains.”

She gave her advice on how she proves to men that she has brains. “Not only does singing in other languages prove I am smart, it also proves I am not a racist.”

a boyfriend. “I am obviously not lacking in this area, so I can pretty much do anything to impress a man,” she said.

She even gave a little bit of advice on how to deal with breakups. “There is a way to get over a broken heart, it is called revenge,” she said.

She also answered some common audience questions that she always gets asked. “People always ask, Miranda, how did you get so famous, and my answer always is ‘I have always been famous, just now people know.’”

In an exclusive interview with The Collegiate, Sings said that her best advice to college students would be to “study hard, but not too hard, and that simply “the best brand of lipstick is red.”

Miranda Sings was created in 2008 by Ballinger, age 25, of Santa Barbara, Calif. Ballinger is a graduate of Azusa Pacific University where she studied vocal performance. She started her Miranda Sings act by just making a few minute long videos in her bedroom, and now she performs live shows all over the world.