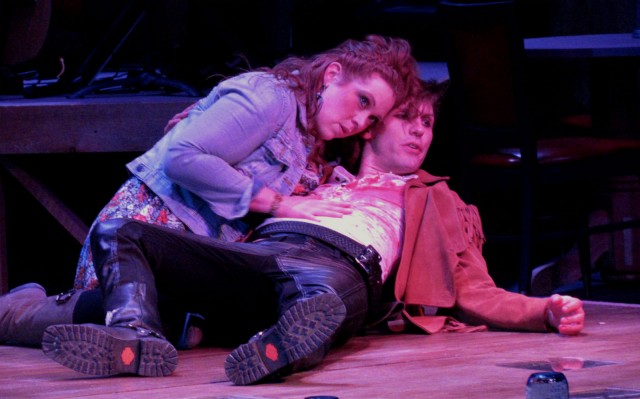 Actors’ Theatre, a community theater group in Grand Rapids, announced Wednesday that they would no longer be accepting any funding from Grand Rapids Community College. While the group will stage shows at Spectrum Theater, which is on GRCC’s campus, and continue to use office space there, they said they will be drawing their funding from other sources.

Debbie Playford, the managing director of Actors’ Theatre, said “we are planning on increasing funding with our donors and businesses in the area that support the arts.”

Playford said some of the decision to pull funding had to do with the controversy that resulted from the shows they put on at the college.

Over the past few years, community members and some GRCC board members have challenged the concept of spending college money on theater productions involving nudity and topics that challenge traditional Christian views. Some board members who have expressed their concerns include trustees Richard Ryskamp and Richard Stewart.

“Every year this issue would come up,” Playford said. “We just want to have that discussion off the table, and not make it a conversation.”

But Playford said the community theater group has no plans to shy away from controversial themes in the future.

“The intention was not necessarily to end the controversy, because we will always have that because of the types of shows we do,” said Playford. “With the way things are with the budget, we thought it might be helpful for us to take this chance to not take that funding anymore.”

GRCC has recently started facing budget challenges due to decreased enrollment. Actors’ Theatre has a total budget of $250,000 a season, and $19,000 of that used to come from GRCC.

Connor Manion, a GRCC student and a performer in shows recently put on by Actors’ Theatre said he understand the situation, “Actors’ tends to push the envelope, and allows you to do those riskier, fun shows. I can see why they do not want to be tied down to the school.”

Leah Nixon the communications director at GRCC stated that, “Given the fiscally challenging times facing GRCC today, we appreciate that Actors’ Theater recognizes these challenges and is willing to assist the college at a critical time.”