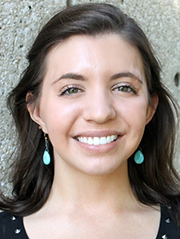 Bossy is just a word, and words can be hurtful. I get it.

When the CEO of Facebook, Sheryl Sandberg, came out with her “Ban Bossy” campaign, my initial reaction when I saw the first material for it was “Oh how cool, they want to tell girls not to worry about labels, they want to empower them to go beyond stereotypes.’

Wrong. The whole point of this campaign is very literally to ban the word bossy from our language. Who made her the word police?

While Sandberg probably means well by this campaign, she should probably dismiss all her wordplay, and actually evaluate what she is trying to accomplish by trying to ban a word from our language. While ultimately she is intending to make girls feel more comfortable with becoming leaders, I do not feel like banning the word bossy is going to accomplish this.

An ad for the campaign features many recognizable women, including Beyoncé, Condoleezza Rice and Jane Lynch. The ad states: “By middle school girls are less interested in leadership than boys, and that is because they worry about being called bossy. Let’s just ban the word bossy, and encourage girls to lead.”

By sheltering girls at a young age, how are they going to be able to take on the real world one day? One of the biggest parts of being a leader is being able to take criticism. Why would some of the most successful women in our country be standing behind a message that truly will not help a girl become a leader?

They are almost pointing out that there is something wrong with the girls who don’t want to be leaders.

I have been called bossy since the moment I could talk. Yeah, it’s a little bothersome to be labeled by your parents as “being bossy to your younger siblings” or have your grade school teacher tell you that you need to stop being so bossy to other kids in your class.

As a young woman currently in a leadership role, I have to be direct and motivated in order to get my job done. Many of my coworkers probably think I am bossy, but how can you be the boss of anyone or anything, if you are not “bossy” to some extent.

There is a drastic difference between being bossy to help direct people and get stuff done, and abusing your power as a leader.

So looking back, being called bossy did not limit me as a leader. I mean what was I ever going to go do about it?

If anything this campaign should be pushing girls to develop strong leadership tactics. For those not that interested in being a leader, teach them not to worry about what other people think of them.

The whole campaign is downright winey. Instead of empowering girls, the leaders of this campaign are sticking it to a word, and telling them that they cannot be called that word. The campaign itself is a little bossy.

There is a much worse “b” word you could be called for being a woman that is assertive. Being called bossy does not mean you are bullying others. It usually means people are noticing your ability to influence others and get things done.

There are now more women than ever who are attending college, as they begin to outnumber males on college campuses. Women are in the United States Congress, and CEOS of major companies.

The reality is, you have to be a little bossy to move up into a leadership role. Isn’t that why they call you the boss? Sandberg herself admits that she was called out for being bossy during her youth. She is the CEO of Facebook today. Being called bossy did not even deter the force behind this campaign from failing to succeed.

I don’t think women should shy away from being assertive. Would it be better to be called a leader, a get-it-done kind of person? Well maybe, but we cannot be overly sensitive to labels or we will never become leaders, we will be those other people called “followers”.

If someone wants to call me bossy, its completely fair game. I embrace the fact that I am bossy.

The statement that the campaign is using is: “I am the boss, not bossy.” – it should be “I am bossy, but that’s because I am the boss.”