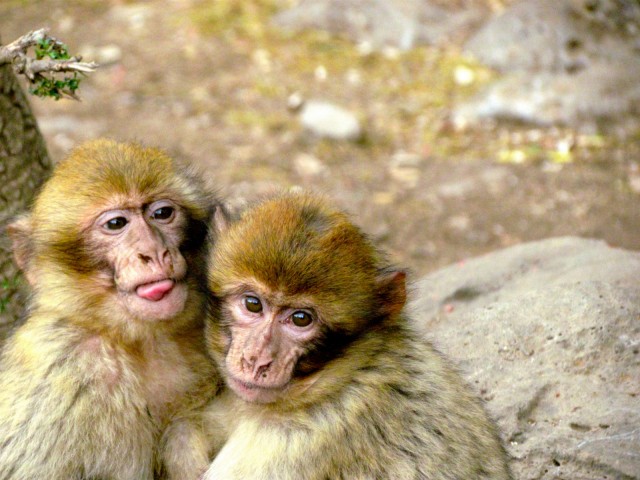 Much of our fourth day in Morocco was spent driving through the Atlas Mountains.

We stopped, mid-morning, at a coffee shop in the mountains. Around the coffee shop, there were monkeys that lived nearby. Several of the ladies from our trip were observing the monkeys, and taking pictures of them. While they were trying to take pictures, one of the monkeys jumped on Teagan Burns, the Graphic Design & Layout Editor for the Collegiate, and started chasing them as they ran back to the bus.

We then drove as a group to an area that had monkeys who were used to the public, and as a group we were actually able to take pictures of them at this location.

Throughout the trip, ordering coffee in French was a trial and error event. The first three times I ordered coffee, I ended up with a large cup of crème, and a tiny shot of coffee. I kept trying to learn the correct way to order. Finally, I discovered that if I said “coffee and crème,” instead of “coffee with crème,” I would end up with the shot mixed with the coffee.

Whenever we drove in and out of cities that day, I began to realize that stoplights were just a suggestion to help with one’s driving. Not many Moroccans would follow the traffic laws, as many Europeans are known to behave this way when they drive as well. I also noticed that people would walk on the side of the highway to get somewhere.

The hotel we stayed at that night was very close to the Sahara desert. With my dinner there, I had an orange flavored Fanta. The Fanta (and all other sodas there) tasted different from the soda that we have in the U.S. – even if it was a part of a specific brand, like Coca-Cola, which is known worldwide. They all just tasted different.