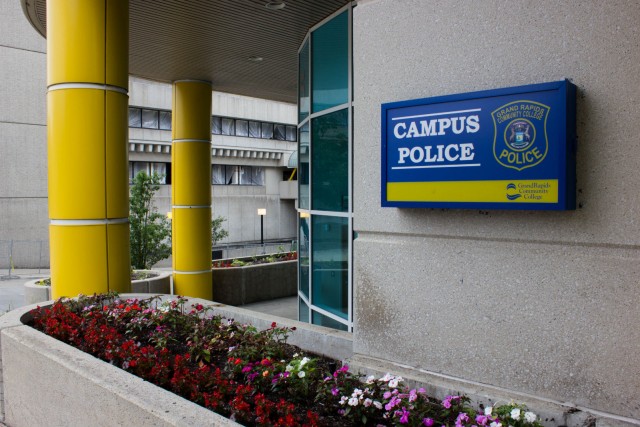 A wallet was stolen May 13 from a woman who was working in her office in the Applied Technology Center. The purse was left unattended for a little while. The wallet was stolen and $156.36 was charged to various cards from wallet. Police contacted businesses where transactions occurred. A female suspect was questioned and confirmed to be responsible for the theft.

A Ferris State University employee with an office in ATC reported two rental desktop phones were stolen. No suspects or witnesses have been found.

A backpack and car keys were reported stolen from the second floor of the ATC where they were left unattended for several minutes.

A man driving a motorcycle was pulled over on Fountain Street for speeding. The rider gave his license and registration. The registration of the motorcycle indicated that the motorcycle did not belong to the subject. The driver said he bought the vehicle not long ago, and the registration was the old owner’s information. Police determined that the bike had been reported as stolen from the city of Portage. When police searched the man they found a knife and a plastic bag of marijuana.

Footprints were painted on the floor of the men’s restroom in the Heritage Restaurant in the ATC. The restaurant is currently under construction, and all damage is in the handicap stall. No suspect information currently available.

A GRCC employee with an office in the ATC emailed to report graffiti in the first floor stairway at the ATC. No suspects were found and it appeared to be the same paint used to paint footprints in the Heritage restroom.