A big reason that Grand Rapids was chosen as the new location for the affiliate, is the city’s sports history and the local market.

“The fans support the Whitecaps, the Griffins and even the small colleges,” Steve Jbara, President of the Grand Rapids Drive, said. “We also looked at the economy and the growth in Grand Rapids.

“For there not to be a Division I team in Grand Rapids, it’s an excellent opportunity. It’s a neat gem that the city was able to acquire.”

The D League’s players come both from the D League draft and from players cut from NBA rosters. NBA teams can bring 20 guys into camp, for a 15-man roster.

“We have first right to the five guys that don’t make the roster,” Jbara said. “The guys who get cut from NBA teams, International Basketball Federation guys, college players, all get it put into a pool.

“We also have an open tryout, we’ll see if we get anyone from that.”

“We’re about 300 tickets away from being sold out a month away,” Jbara said. “We open with LA D-Fenders, and we already have Beat LA shirts. We have the Nike dunk team coming too. It should be a really, really good time.”

The Drive will have $1 beers and $1 dogs at all Wednesday games, as well as a college night on Fridays, in which students will be able to purchase discounted tickets. 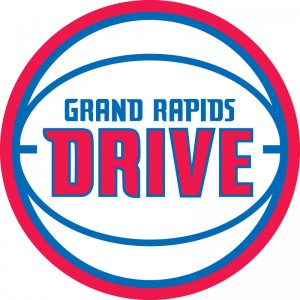 “We definitely want to win it all,” Jbara said. “How great would it be to take it home our inaugural season? Coach Smith is all about winning.

“It’s also about retention and keeping our fans. Grand Rapids is going to see a lot of high-power NBA guys, and not just from the Pistons. They’ll also get it from the Cavs, Heat and other NBA teams.”