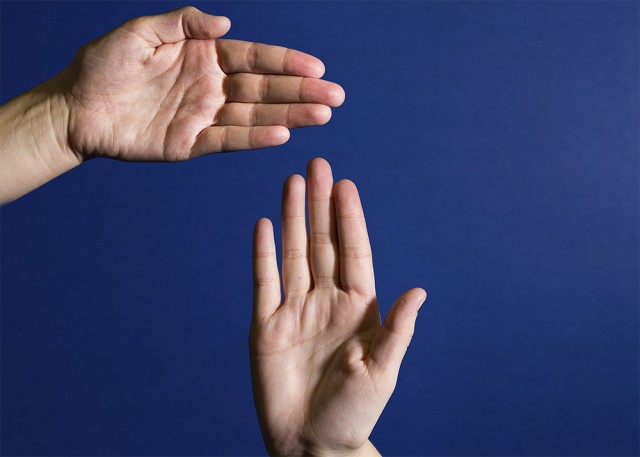 The holidays are approaching, and hopefully everyone has a chance, at some point, to sit down with their families for a holiday celebration. As we reflect on the year behind us, what does it truly mean to be a resident of Michigan? From Yoopers, to mitten natives from the Lower Peninsula, here are some things that may mean you love Michigan.

The game Euchre seems almost expected to be learned by an overwhelming amount of families across the state. Although Euchre is played many different ways, normally it is played by four people, in teams of two sitting directly across from each other with a deck of 24 cards, including nine through a king, with the fives used to keep score. Euchre is fast paced and easy to learn as it puts teams against each other in a race to reach 10 points first.

Hipsters and snacks from Michigan go hand in hand. Michigan has some of the best munchies, made just a little bit differently than the big box items. A trademark of the Grand Rapids snack market is produced in Comstock Park, Cheeze Kurlz. Another salty snack, Better Made Potato Chips, has been produced in Detroit since 1930 and distributed nationwide.

It’s called “pop,” not “soda.” Carbonated beverages include Faygo and Vernors, both trademarks of Detroit. Vernors originated in 1896 and for the next 60 years remained consistently refreshing and made in Detroit.

In 1966 Vernors was sold and moved from Detroit but the flavor remains exact to when it was first produced. Faygo, the original party pop was established in 1907 and still remains in Detroit. The term “pop” originated from the noise the first 7-ounce bottles of Faygo would produce when opened.

For the more high end snack consumer, Cherry Republic, the spirit of northern Michigan is the worlds largest exclusive retailer of cherry food. Described by Good Morning America as the “Willy Wonka of cherries.”

The Cherry Republic headquarters is Glen Arbor. Established in 1989 from the trunk of a car, Cherry Republic has made its stamp on the market by producing delicious and unique cherry products like salsa, jam, and horseradish sauce.

Grand Rapids has been voted Beer City, USA for the past three years, stealing the crown from previous leader, Asheville, North Carolina. Founders Kentucky Breakfast Stout, a local beer so sought after that when it is released you probably won’t be able to get your hands on. KBS, has been ranked best beer in America by ratebeer.com along with many more distinguishing awards.

Plead the 5th was also ranked highly this year on ratebeer.com’s yearly review.

These and many more craft brews are sought after not only by Michiganders, but by craft beer lovers nationwide who enjoy spending $3 or more for a bottle of suds.

Driving time is used rather than distance when it comes to directions in Michigan. When asked “how far away is the store?” a Michigander would say “about a 10 minute drive.” In other states, this would be considered useless information.

Yet with only two seasons, winter and road construction, actual distance becomes less relative than time spent from point A to B. Driving in Michigan is an obstacle course of swerving around potholes and avoiding road construction.

The trolls of Michigan refer to directions with the palm of their hand, where opening up your right hand and pointing is the easiest and most effective way of describing locations within the mitten.

From music legends to presidents, Michigan is the birthplace of a number of famous people, including Eminem, Jeff Daniels, Kirk Gibson, Kid Rock, Bob Seger, President Gerald R. Ford, Madonna and many more. Michigan is a breeding ground for talented individuals.

Michigan’s lakes are unlike anywhere else in the world. The Great Lakes’ pure waters draw in thousands of tourists every year to see the remarkable coastline Michigan provides. Over 115 lighthouses are scattered around the lakes. Many lighthouses no longer function but have been repurposed into museums telling the stories of shipwrecks, and former keepers of the houses.

Let’s not forget of some of the most sought after destinations around the lakes. Pictured Rocks in the Upper Peninsula, Mackinac Island just across the bridge, and Sleeping Bear Dunes located just northeast of Traverse City.

Pictured Rocks is a beautiful 40-mile stretch of cliffs along Lake Superior. Sandstone cliffs, beaches, and waterfalls host hundreds of backpackers and families each year.

Michigan is alive and well on the road to recovery, with the employment rate rising and more money being used for road repairs. This beautiful state we live in is full of happy hearted citizens consistently reaching out a hand to help others.

Living in the state of Michigan has been a privilege, whether it is a summer day at the beach or a frozen winter night bundled up indoors. As Tim Allen would say, that’s Pure Michigan.