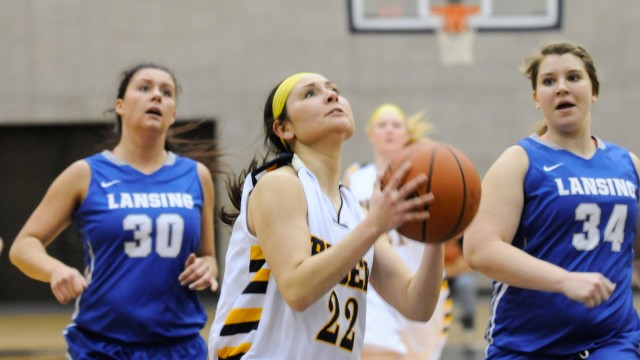 Despite being out rebounded 39- 19 in the first half, the tough defensive play of GRCC had them leading 25-21 at the end of the session.

GRCC started the second half with a full-court press causing Lansing to turn the ball over several times while GRCC went on a 16-0 run.

“It was a super effort by the whole team,” GRCC coach John Maciak said, “If we didn’t know how to press we would have lost tonight.”

GRCC Sara Karamol had a double- double with 10 points and 11 rebounds. While  GRCC’s Kristen Schubring led all scorers with 22 points.

“We were able to step it up and play as a team,” Schubring said, “This is the best game we have played so far this season.”