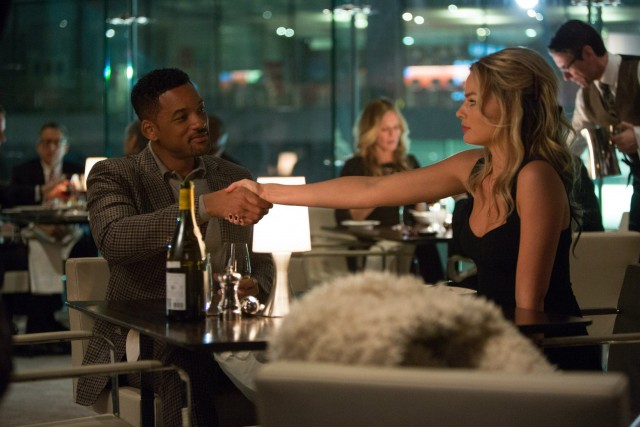 “Focus” is filled with excitement and style, but falls short with it’s far-fetched storyline and constant twists.

Nicky, played by Will Smith, is a con artist who has been in the business for as long as he can remember. He and his team make their living pickpocketing, and they do it well. Nicky agrees to teach Jess (Margot Robbie) his tricks and bring her onto his team. They instantly have a connection, but romance between two cons isn’t simple, as we find out as the movie unfolds.

Smith and Robbie are both ridiculously charming and work really well together. While the film takes a few too many twists and turns, their chemistry and humor keep the movie entertaining.

“Focus” is written and directed by Glenn Ficarra and John Requa, the team behind “Crazy, Stupid, Love.” The duo does a fantastic job creating tense scenes that keep you on the edge of your seat, along with mesmerizingly choreographed pickpocketing scenes.

While Robbie proves she is a star in the making, and Smith gives his best performance in quite some time, the story itself lacks depth. The storyline is far from believable and some of the twists could be seen from miles away.
Even though the movie has its shortcomings, the cast’s performances and humor along with the elaborate style of the movie will keep you entertained until the very end.