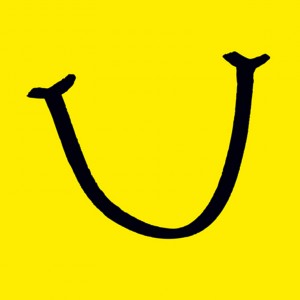 LaughFest is a 10-day festival that changes each year. The fifth year is a celebration of “five years of smiles in the community,” said Joanne Roehm, LaughFest Festival Director. There are more than 200 events, over 60 festival stages, and more than 100 performers.

“Over the course of the first four years we have been able to deliver about a million dollars back into the organization,” Roehm said.

Last year around $250,000 was raised during LaughFest.

Gilda’s Club Grand Rapids is a non-profit organization part of over 50 national locations called Cancer Support Communities that provide emotional support to people living with cancer and their surrounding family and friends. Laughfest was founded out of GCGR and is unique to the city.

All the money that is raised in Grand Rapids through Gilda’s Club stays in West Michigan and 100 percent of the profits go to those needing emotional support. Since 2011, GCGR has been using Laughfest as a tool to raise awareness and to “engage the community in a dialogue about emotional health,” Roehm said. In addition to emotional support, GCGR also does grief support for cancer related losses and provides community school programs.

LaughFest started out as an organization with some explaining to do, asking comedians to come to Grand Rapids mid-winter, sometimes during a tour schedule, to do a show. Now, LaughFest’s name has gained significant recognition.

“LaughFest is now being recognized as one of the best and most attended festivals across the country,” Roehm said. “When we work with agents and artists, they’re kind of pitching to us who they’d like to see come to the festival.”

“We always listen to who the community wants,” Roehm said, on the process of bringing comedians to Grand Rapids. “We really try to look at different demographics of artists and audiences to make sure there’s a little something for everybody.”

Whether it’s stand-up, improv, film, music, or dance, LaughFest brings all types of comedy to please almost any audience. Over half of these shows are free.

Plans have just been released for a world record-breaking community kickoff on Mar. 5, at Rosa Parks Circle, with the crowd wearing paper crowns. Amway will be providing free hot cocoa and hand-warmers.

“It’s not a comedy festival, it’s a festival of laughter,” Roehm said.

There are a few free events being held throughout the course of the festival. The 5K FUNderwear Run will be held once again this year for all ages, starting at the Grand Rapids Community College Ford Fieldhouse, and the Seriously Funny Family Adventure Challenge, which will be a downtown race in the style of “The Amazing Race,” will start and end on the GRCC campus. The College Stand-Up Showcase and College Improv Showcase will feature performances from college students statewide.

“Truly, the volunteers are at the heart of who we are and what we do,” Roehm said.

Over 1,000 volunteers are recruited each year. College students can find ways to give back to the community and maybe see their dream comedian’s live performance working a show.

“We are just committed to having a line up that is diverse and fresh,” Roehm said.

Some of this year’s big titles are George Lopez, Wanda Sykes, Billy Gardell, Patton Oswalt, Bo Burnham, Lavelle Crawford, and Pete Holmes. Shows run from free to up to $70 and are happening all over West Michigan, downtown Grand Rapids, Holland, Lowell, and Ada.

“We encourage everyone to come out and have a great time during the month of March,” Roehm said.
See laughfestgr.org for a list of all events and show prices.