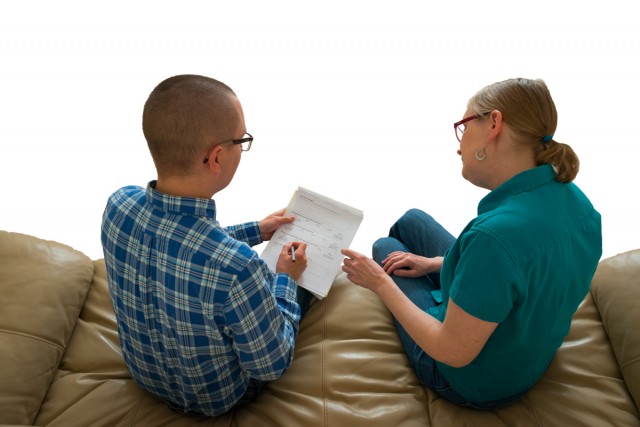 In her Oct. 2, 2014 TEDx Talk, Pulitzer Prize winning journalist Ellen Goodman explains the talk is “about dying, or more to the point, it is about how we want to live at the end of our lives.”

Goodman, along with many individuals and organizations, is trying to start getting people to talk about what they would want to happen in the event that they are no longer able to make medical decisions for themselves.

“It is about the care we want, and the care we don’t want, and who is going to decide,” Goodman said, during her TEDx Talk. “Will it be you deciding for yourself, and for the people you love?”

According to Goodman, in the last 100 years, we have added 30 years to the average American lifespan.

“The bad news is we are all still mortal…with wonderful technology, death is no longer what we used to think of it as, as natural. Many of the people we love are not dying in the way that they would choose, and many survivors are left depressed, guilty, and uncertain whether they have done the right thing.”

Goodman insists that everyone needs to have a conversation, a sit down with the people they love, to talk about wishes for end of life care. Due to her own experiences with the passing of her mother, Goodman founded a nonprofit organization, The Conversation Project, to get these talks started in homes across the country.

“It is always too soon, until it is too late,” Goodman said. “We started The Conversation Project to make it easier for you, and your families…our mission is to have people’s wishes expressed and respected.”

Through her organization, Goodman is trying to change these numbers, according to Mandy Ferguson, Project Coordinator of The Conversation Project.

“(Goodman) always says that she and her mom could talk about anything, sex, love, boys, drugs, but the one thing she could not talk about was how she wanted to live at the end of her life,” Ferguson said. “When (her mother) did die, she died from Alzheimer’s, and she had a long, steady period of slow decline. (Ellen) said that she could not decide what she wanted for lunch, let alone health care. So that left Ellen kind of blind sighted, and unprepared to make the kind of decisions that she was facing with the death of her mother.”

After Goodman’s mother passed away, she came together with colleagues and friends and began to realize that everyone had a story of their own to tell, whether it was about a particularly hard death, or one that went well because of the conversation.

“It seemed like this common thread was knowing what your loved ones would want in advance of a crisis,” Ferguson said. “I had not had the conversation with my parents… My Mom was diagnosed with a brain tumor, which thank goodness she recovered from, but it just really hit home and that I had no idea what she would want…so that’s really the turning point for me.”

Through her own experiences with having the talk with several family members, as well as countless patients, Tamara Szost, physician’s assistant and professor of health sciences at Grand Rapids Community College feels that end of life conversations are important because of how they have impacted her life.

“I always tell my patients, family and friends if you have the pleasure and gift of being able to walk that journey with someone as they get through their final days…that is the greatest gift ever,” Szost said. “So don’t be afraid of it, don’t run away from it, make sure that you assure them and you show them love every single day, and try to make their life as fulfilling as possible.”

Szost has recently had end of life conversations with many family members due to health complications, including her husband, who has a rare form of leukemia.

“With my husband…it’s as simple as saying while I can’t cure you, there is still a lot of things (I) can do for you,” Szost said.

Although she knows her husband is down on himself at times, Szost said she does her best to keep him upbeat given the situation.

“He knows the prognosis,” Szost said. “I think it is helpful when we say no matter what happens I am here for you and you are not alone and I am going to be with you and support you through this all the way.”

From her experience in working as a PA, she tells people to ask many open-ended questions when trying to figure out what a loved one wants for end of life care, in order to be as open and direct as possible.

“Older people say ‘I don’t want to be a burden to my family,’ or ‘if I am a vegetable don’t keep me alive,’ ask them what they mean by this,” Szost said. “Does this mean they don’t want us to care for them at home…let them know how far you want to go to care for them because some of them don’t know which family members, or who would be willing to do what.”

She said her father-in-law who had Lou Gehrig’s disease was scared for his family members to see him while he was declining in health.

She said that while on her maternity leave with one of her children, she spent a significant amount of time with her father-in-law to care for him before he died. She was happy to be able to spend time with him during the last months of his life.

“Down the road, (as) things do get worse it helps to create more of a connection with those family members as that person is actively going through the dying process,” Szost said. “It also helps to reduce isolation, because many times when someone is dying they don’t want their family to think that they are giving up.”

Szost said to make sure the family is part of the communication as much as possible. This way everyone is on the same page.

“Some family members can accept it, whereas others might be not so accepting of that person’s decline,” Szost said.

In a clinical setting, Szost said professionals can see when someone will need to have that conversation, although “too many people think (the conversation) is the job of the physician.”

“We always have to take into consideration the emotional and spiritual (aspect) on top of the physical,” Szost said. “Too many times we just focus on the physical. When we transition them to hospice type care, that is when they are going to get more of that holistic approach.”

Deka Bradshaw, 36, of Grand Rapids and an employee of Hospice of Michigan and the Veteran’s Home, recently had the talk with her parents, when they became ill.

“It was sad, and calm at the same time,” Bradshaw said. “There were some things that I did not know. With my Mom, she was facing basically end of life. I asked her what kinds of things would you want done, and she said keep her fingernails polished. That was something I would of never known she wanted.”

Bradshaw is really happy she had this discussion with her parents, and said she plans to have the talk with her husband and children soon for her own end of life wishes.

“It is treating your loved ones with dignity and their wishes, and (to) not have to guess,” Bradshaw said. “That’s when we see a lot of families feuding over small stuff that you think your loved one would want…and you would know straight from your loved one what they want, or even for yourself.”

Bradshaw used (the) document My Five Wishes from Dying with Dignity and Hospice of Michigan staff to direct her conversation with her parents.

Szost said no matter how old or how young you are, everyone should have an advanced directive if they are 18 or older, and to make their wishes all very clear to their power of attorney. It is easy to change end of life plans after they are made if the individual chooses to do so, but nothing can be done if they were never arranged to begin with.

“Everyone in our culture is living day by day, and we are not talking about this,” Szost said. “I just think this is good to speak of and actually investigate, communicate, discuss and educate.”

Launched in August of 2012, they developed a starter kit with the Institute for Healthcare Improvement, a nonprofit in Cambridge, Massachusetts.

The starter kit is available to download for free. It has starter versions for adults and children with terminal illnesses. It is also available in Spanish, French and Mandarin.

They advise people to fill out an advanced directive or a health care proxy form after you have the conversation.

The fill-in-the-blank style questionnaires ask the individual questions to prepare them for having the conversation with loved ones, and then go into more specifics of end of life care. Questions include what matters most to them at the end of their life, how much they would like to know about their health condition as the patient, and where they would like to die.

In addition to their advanced directive for adults, My Five Wishes, many asked the organization Aging with Dignity to create a document which can serve as a conversation guide for children with terminal illnesses to fill out.

Voicing My Choices has been available for two years and is based on the My Five Wishes document for adults. It was developed with help from the National Institute of Health in Washington D.C.

My Five Wishes document is for adults, meeting legal requirements. The Voicing My Choices document for minors is meant to be a conversation guide to put wishes in writing. A parent or legal guardian would still make any legal decisions for the individual.

Booklets for My Five Wishes and Voicing My Choices are available  for $5 each, or 25 or more for $1 each. The booklets are available in 27 languages, and are legal advanced directives in 42 states, including Michigan.

Voicing My Choices allows for minors to express how they can be comforted, and if they want company while they are ill. The document asks when the patient wants treatment, how often they want to be cleaned, and what they would like visitors to do if they start getting emotional during a visit.

Advanced directive documents are available for Michigan residents. The document allows changes to be made and saved as the individual would like to make them.

How to start the conversation

Tips from President of Aging with Dignity Paul Malley

“The mistake that a lot of people make is that they go to their family members and they put them in the hot seat,” Malley said.

In order to smoothly transition into the talk, and avoid having your family member feel uncomfortable, here are some tips to bring up end of life conversations.

“It makes it a little bit harder for them to back away from that conversation at first because you are not putting them in the hot seat,” Malley said. 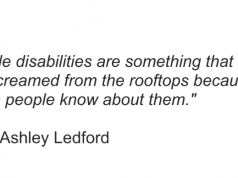 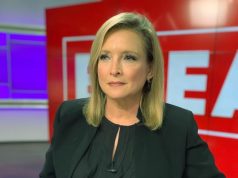