Jewish Theatre of Grand Rapids opens this weekend with ‘Death of a Salesman,’ a tragedy written by Arthur Miller. The show starts at 8 p.m. at Spectrum Theater and tickets cost $20 for general admission, $18 for seniors, and $5 for students. Shows run through April 26.

Through this weekend, “Art of the Lived Experiment” is at the Urban Institute for Contemporary Arts as a part of the DisArt Festival running through April 25. TheUICA exhibit ends April 18 and is free.

The Grand Rapids Community College Music Department will host “Musical Moods,” a concert showcasing instrumental and choral ensembles at 7:30 p.m. The concert will be held at Fountain Street Church and ticket are $12 for general admission and $8 for students and seniors.

“Dancing Pros: Live” will be held at 8 p.m at Broadway Grand Rapids, 122 Lyon St. NW. Stars from “Dancing with the Stars” will perform and compete for the audience’s votes. Tickets are $27.50 for college students.

The Grand Rapids Public Museum is hosting “Fashion & Tea,” a tour through the museum of the Streets of Old Grand Rapids with a focus on Civil War Era through the early 20th Century fashion from 2-4 p.m. Tickets are $15 for non-members and $13 for members.

Dog Story Theatre presents “The Sixth Guest,” a dark and haunting play set in the late sixties. Five dinner guests meet and are met by a sixth. The story becomes frightful when one of the guests is murdered.Evil and possession begins to take place for the remaining five. Shows are Friday and Saturday at 8 p.m. and Sundays at 3 p.m. Tickets are $14 for general admission and $8 for students and seniors.

Celebration Cinema North will show “Shrek,” free today at 5:30 p.m. in partnership with the DisArt Festival.

MoveMedia Program II contemporary dance series will be presented through the Grand Rapids Ballet at the Peter Martin Wege Theatre. Tickets range from $12-25. 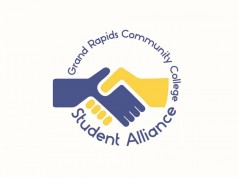