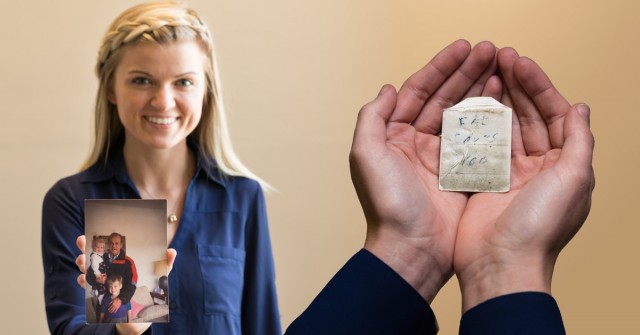 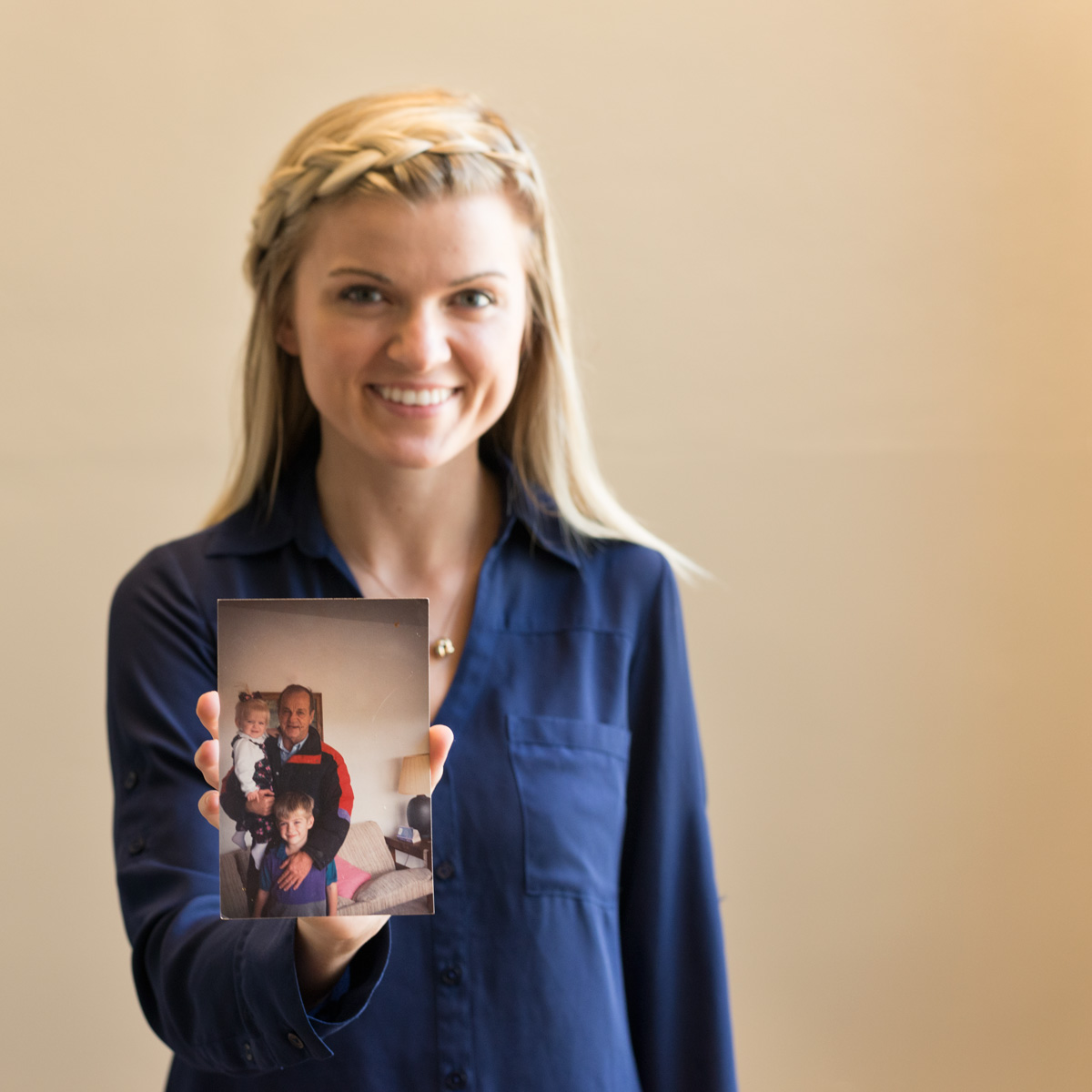 So often I think people believe the main goal in life is to either avoid or overcome problems and seek out happiness in whatever form it takes. It seems though, that as soon as things come together, new things fall apart, then together, and apart again, like beautifully tragic waves. When things fell apart for me I could have sworn I was drowning in the high tide.

My dad was diagnosed with end-stage kidney failure when I was two years old, meaning that his kidneys were no longer able to filter blood at a level needed to live. Because of this, he took multiple trips a week to dialysis, where his blood was filtered through a machine, doing the work that his kidneys could no longer do. He would be hooked up to the machine for around four hours a day, three to four days a week.

He had been sick for as long as I could remember. There were bad days, but most of the time our lives seemed very normal. He would read to me, play with me and let me sit on his lap with him in his reclining chair, where he spent most of his time. He’d cook for us all the time and sing and dance around the house like the goofy dad that he was.

In an instant, everything changed. On Feb. 7, 2002, when I was nine, I said goodnight to my parents and went to bed. I awoke early the following morning to my mom urgently telling me to wake up. She didn’t sugar coat it, but how could she say it in a way that wouldn’t crush me? “Dad passed away. We have to go to the hospital.”

He told my mom that night that something didn’t feel right, and my uncle drove him to the hospital. While he was there, a heart attack took him away from us.

I still remember the drive to the hospital. My aunts and uncles were crammed into the hospital room with my mom and brother, surrounding the bed where my dad was laying with his eyes closed. My aunt suggested I give him a hug, but it felt so off. His body was there in front of me, but I knew he wasn’t there anymore. He was gone.

I couldn’t comprehend that I would never be able to speak to him again or sit on his lap or feel the natural comfort of being next to him, so I searched desperately for a sign from him. I sifted jacket pockets and desk drawers looking for anything he might have left for me. I’d never gone so long without talking to someone I loved, and surely he wouldn’t leave me here without a note telling me how much he loved me or that I was his sweetheart girl and that everything would be okay. I kept looking, but there was no note, and there was no ever feeling the same.

I took his cologne out of the bathroom and would spray it on my pillow when I missed him most. Details about him were fading in my memory, but when I sprayed that cologne I could remember his voice more clearly, remember the scruff of his five o’clock shadow or the wrinkles by his eyes when he laughed.

I used the cologne to calm myself down when I was overwhelmed with grief, and it would work most of the time. I would close my eyes and picture him as best as I could.

If I could see him in my mind and smell that cologne, then it couldn’t be real. He was there, and I would tell myself that until I fell asleep.

I used up the cologne within the first few months, and when it was gone, I cried for what seemed like months. He was gone with that last drop, and I had nothing left to shield me from that.

The hardest times were when I would wake up and forget he was gone. I would want to tell him something, but remember that I couldn’t. Even now, when something exciting happens to me, my first instinct is to tell my mom.

Second is to wonder what my dad would say or think. It’s hard to know that someone who would care the most isn’t there to celebrate with me or support me anymore. He didn’t get to see me grow up, and he won’t see me start a life of my own.

I dealt with anxiety and depression after my dad’s death. It was something that I didn’t see coming, even though he was sick for so long.

He passed the day before hospice was scheduled to come to our home, but my young age prevented me from seeing the signs. I never thought about what it meant for him to be sick.

As far as I knew, it was normal. I wasn’t prepared for him to leave, so I battled anxiety from the thought that my mom could leave at any time too.

I felt hopeless and weird. I lost friends because they didn’t know how to talk to me. I couldn’t go to sleepovers without having a panic attack thinking my mom would die while I was gone. I couldn’t function like a normal kid, and it set me up to feel out of place for the rest of my time in school.

I tried so hard to make it seem like I wasn’t fighting these battles, but it only made me feel worse. If my dad ever did come up in conversation, I would make a joke or do anything to make sure nobody felt uncomfortable.

I didn’t want people to stop hanging out with me because my story was so much different than theirs. I was still grieving and had horrible anxiety. If I put on the right face, made enough jokes, people wouldn’t notice how much I was hurting or that I wasn’t like them.

Those years were some of the worst. It wasn’t until my sophomore year of high school that life started to make sense again.

I made new friends who helped me feel like I didn’t have to try so hard. They were goofy and weird like me, and they didn’t hide what made them different. They were in drama club and quiz bowl, and they didn’t seem to care what anyone thought of them. It opened my eyes to a new world.

Slowly I let my guard down, and I made some of my best friends to this day. I laughed with them, cried with them and told them every detail of my completely abnormal life. They loved me because of it, not in spite of it, like I had feared for the longest time.

Because of them, and the time that had passed, I was able to spend more time healing. There will always be times when I wish he was here, but over time, thinking about him became less painful.

When a memory of him pops into my head, I’m more likely to smile than to be sad. The wonderful thing about time is that it lets you see the past from a distance.

I don’t remember the times when he was grumpy because he wasn’t feeling well, and I barely remember when he was too sick to spend time with me.

I remember sitting on his lap and being read to.

I remember Christmas mornings and how much more excitement he got from watching my brother and me open presents than he got from opening anything of his own.

I remember the love he had for my mom, and how playful and funny they were together.

I remember being happy, but more importantly, I’m able to be happy today.

In one of my favorite books in the bible, Ecclesiastes, it talks about how there is a time for everything in life. Ecclesiastes 3:4 says there is “a time to weep and a time to laugh, a time to mourn and a time to dance.” There will always be days in my life where I cry because he’s not here, but more often than that there will be times when I laugh about a funny memory or smile because I can see how far I’ve come.

When I was still in shock and denial at nine years old, I wasn’t ready for a sign from him if there was one.

I was still convinced it couldn’t be true and that one day he would pull into the driveway and everyone would be so relieved that he was home. I wasn’t ready for a sign, until one day I was. I was 13, and looking through a box of photographs, when I saw a small wallet-sized photo of myself from preschool.

When I picked it up to put in the pile of photos that I had already looked at, I noticed writing on the back. It was my dad’s chicken scratch with the words, “Dad loves you” written in blue ink.

My heart accelerated and my mind instantly went back to the hours I spent looking for a special message from him that everything would be okay. “Dad loves you.” Not “Dad loves Suzanne,” a commentary, but “Dad loves you,” this was meant for me to read. My special note.

Years had gone by and I’d learned to live without my final goodbye from him, but then there I was sitting cross legged in the living room with his goodbye in my hands.

I realize now that his message wasn’t a goodbye. It was a reminder that the love we had means that he will never be gone. He will always have the most special part of my heart.

If I discovered this when I was nine, it wouldn’t have been enough for me, because it still doesn’t bring him back, which was the only thing I knew how to wish for at that age. I don’t know if you believe in that kind of thing or not. I can’t help but believe now because it happened to me.

I’ve carried the photo around in my wallet for almost 10 years, its ink nearly faded away so a year ago I had to cover it with tape, but to be honest, I don’t need the note to be reminded of his love today.

I’m reminded of it every time a memory pops into my head that makes me laugh, or when I hear the song “Oh Susanna.” I’m reminded of it when someone tells me that I got my sense of humor from him, or even when I’m crying because I miss him.

The pain of losing him makes the love I had for him real. I’m a better person because I knew him, and I love harder because I lost him. He will always be a part of me. 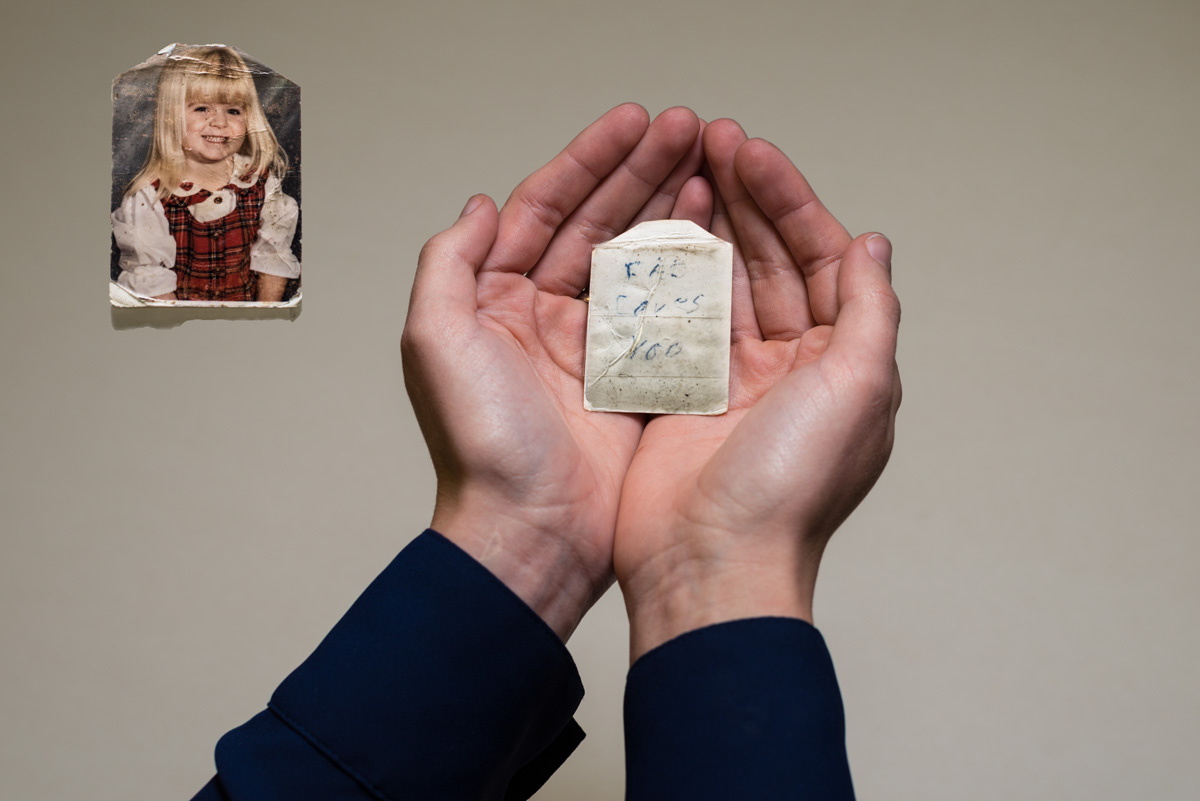