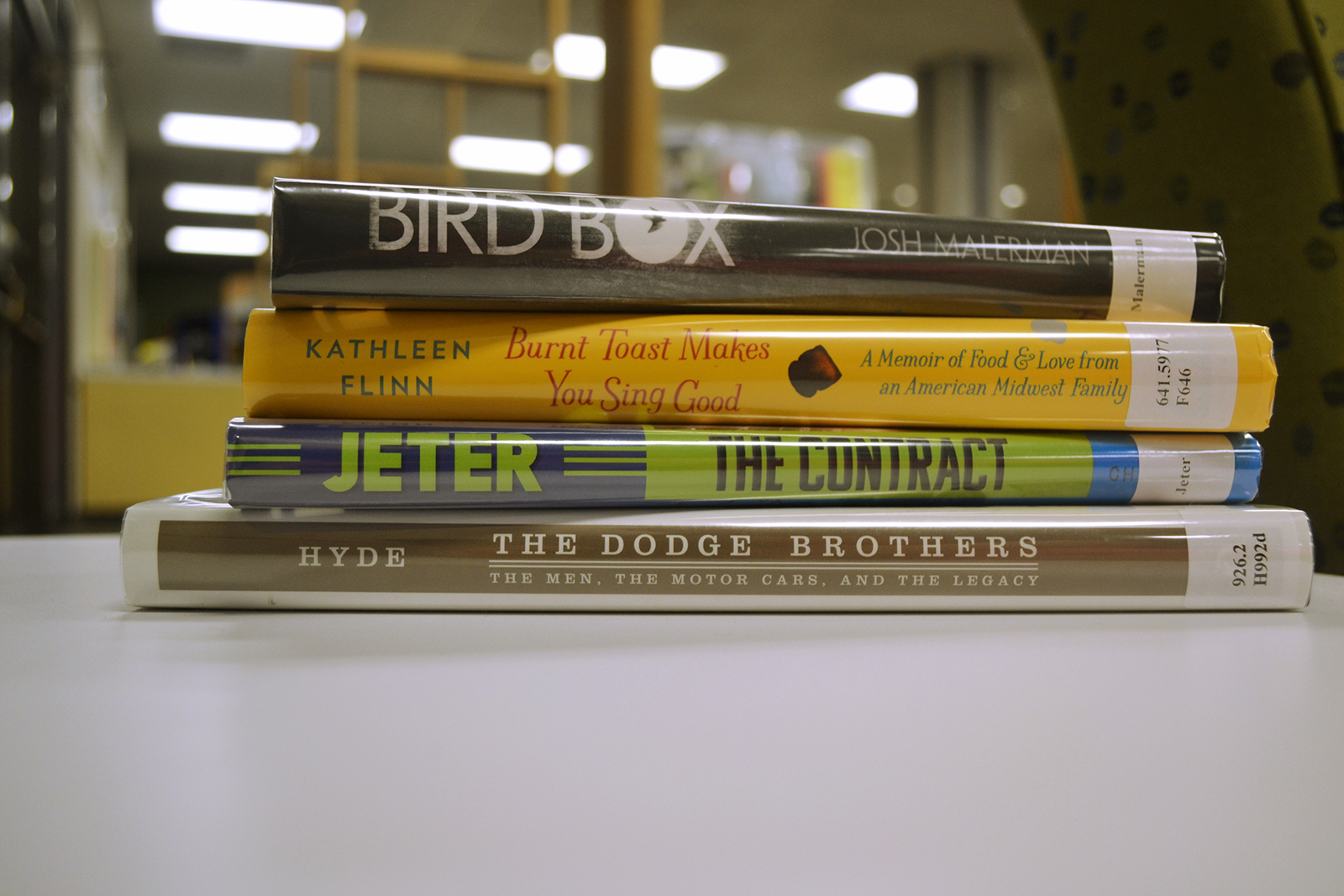 The Library of Michigan has officially announced this year’s “thought provoking” list of Michigan Notable Books (MNB),  20 books that put the state in the spotlight. The MNB program debuted in 1991 and has continued to recognize the literary work that’s being done locally.

“As they always do, the judges produced a thought-provoking list,” said Pat Ingersoll, Director of the Grand Rapids Community College Library.

Now GRCC students will have the opportunity to dive into the novels that were chosen by the 2015 MNB selection committee. The representatives of this committee include Grand Rapids Public Library and Schuler’s Books & Music.

Despite common concerns with such a large display, the listed books – such as “Bird Box,” written by Detroit author Josh Malerman – will be available for check out.

This isn’t the first time, but it has been a while since the GRCC library has displayed Michigan’s Most Notables.

“We were without a display case for three or four years, and this is our first year having one again, so it’s been awhile,” Alliston said.

Alliston said that she would like to make a yearly display at the library as well, giving students more of an opportunity to see what the Library of Michigan puts together every year.

The display includes a variety of genres including fiction, poetry, and history which can be checked out from the library, or electronically from home.

“I’m inclined to share Ranganathan’s Five Laws of Library Science to answer that,” Ingersoll said when asked if she thinks the list will appeal to all readers. “It says, ‘Books are for use. Every reader his, or her book. Every book its reader. Save the time of the reader. The library is a growing organism.’”

Since debuting in 1991, the program has created much inspiration for readers, as well as giving writers the opportunity to show their creativity, highlighting the undeniable talent that hides throughout the state.

“(The MNB program) can be aspirational for students looking for a career in literary arts,” Ingersoll said. “It also recognizes the value of the work being done locally in many cases.”

“What makes the Michigan Notable Books special as a program is that they often times highlight the history, beauty, and wonder of our home state,” Alliston said.  “It’s also a really great way to showcase talented writers who are either from Michigan or writing about the area. What makes it special for readers is that there’s something for everyone.”

It is highly recommended by the library staff that students check out the lists from previous years.

“They can go to the Library of Michigan website and click on ‘Statewide Programs’ on the left hand side,” says Alliston. “They can also go to lib.grcc.edu and search for ‘Michigan Notable Books.’ The results will show all the MNB books that are available through the library.”

Though both Ingersoll and Alliston have yet to read this year’s listed books, they mentioned picks that will take a spot on their “ever-growing” reading lists.

“After creating the display I added a few of them (to my reading list) and I’m hoping to get to them this summer,” said Alliston.