The United States Supreme Court approved the right to gay marriage for couples across the nation today.

According to the Obergefell v. Hodges case document on the Supreme Court website, “The limitation of marriage to opposite-sex couples may long have seemed natural and just, but its inconsistency with the central meaning of the fundamental right to marry is now manifest” and “The right of same-sex couples to marry is also derived from the Fourteenth Amendment’s guarantee of equal protection.”

Not only does this decision affect the entire nation, but it affects community members in Grand Rapids and at Grand Rapids Community College.

“Today was truly historic in providing marriage equality for all Americans,” said John Cowles, Dean of Student Success and Retention at GRCC. “This means that my partner and I can marry legally in Michigan, after being together for 22 years. This means I can add him to my health plan at GRCC. I am thankful for this victory and those who paved the way to make it possible.”

Cowles stood behind staff and faculty at GRCC in January when they asked the Board of Trustees to offer domestic partnership benefits.

Trustee chairperson Bert Bleke is satisfied with the decision and thinks there is a possibility the school will justify domestic partner benefits for GRCC faculty parallel to the decisions made on equality.

“Personally I think it’s the right thing for the Supreme Court to do,” Bleke said. “Our country has come a long way in a short period of time so I think it’s all good. I think it has the potential of opening up a lot of doors (at the college).”

Trustee Richard Ryskamp had other thoughts on the issue.

“In the short-term, it seems to me that there is no need for the domestic partner benefits that were discussed earlier this year,” Ryskamp said. “The main rationale for them seemed to be that it would be a way to provide benefits for two people who were otherwise not eligible to marry each other. Now that obstacle has been removed.”

Ryskamp referred to the allowance of gay marriage as a violation of the Constitution and biology itself.

“It is a shame that the educational system has failed to such a degree that the justices in the highest court of the land do not know that there are fundamental differences between men and women, and that male and female are in certain ways not interchangeable,” Ryskamp said. “A union between two men or two women can never be the same as the union between a man and a woman.”

Ryskamp said that our nation is now in “uncharted territory.”

“I suspect that polygamy and marriage of three or more persons will be the next frontier for so-called marriage equality,” Ryskamp said. 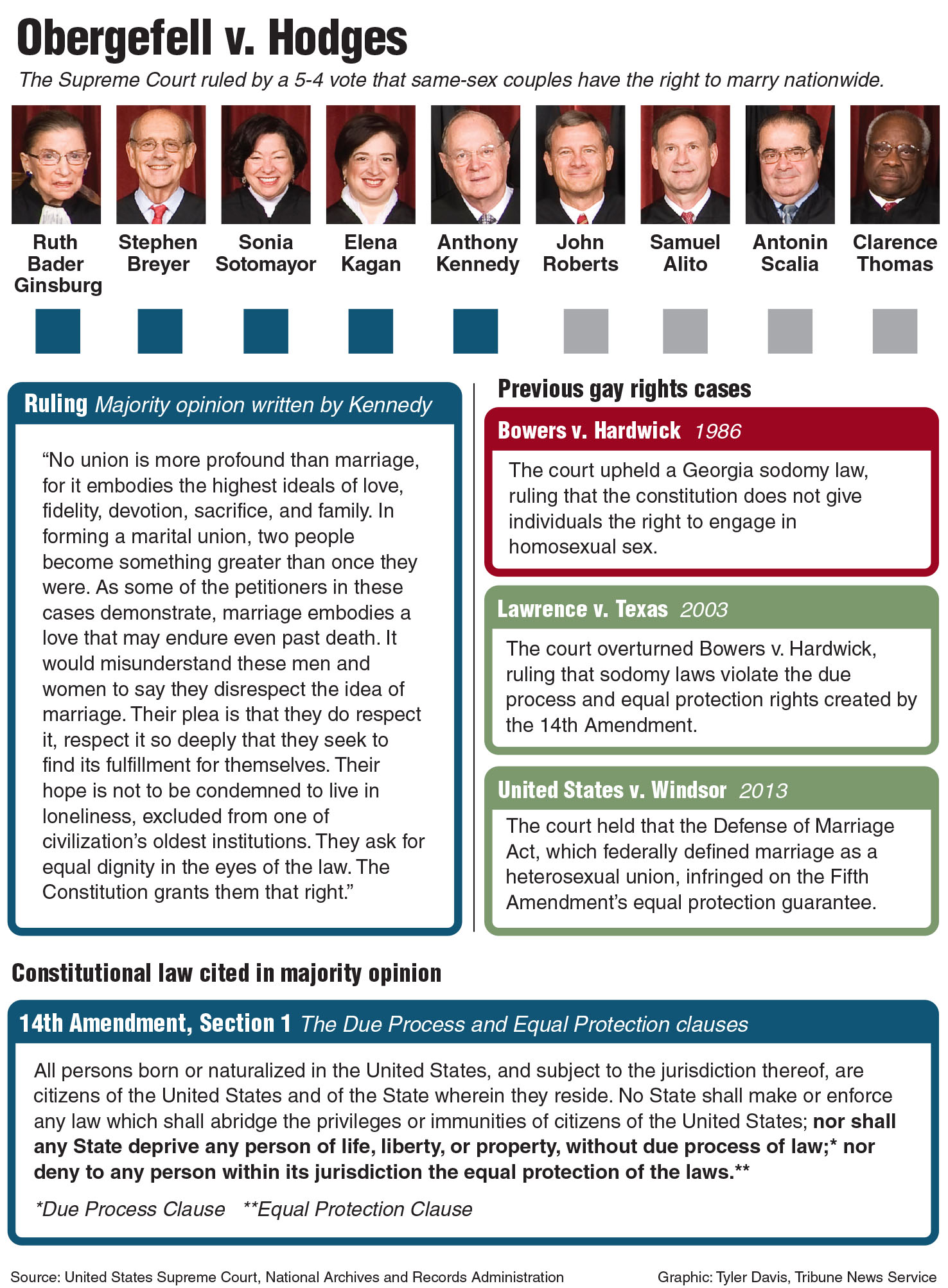