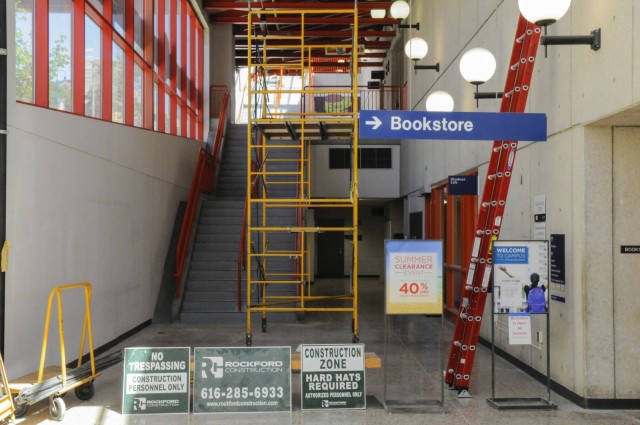 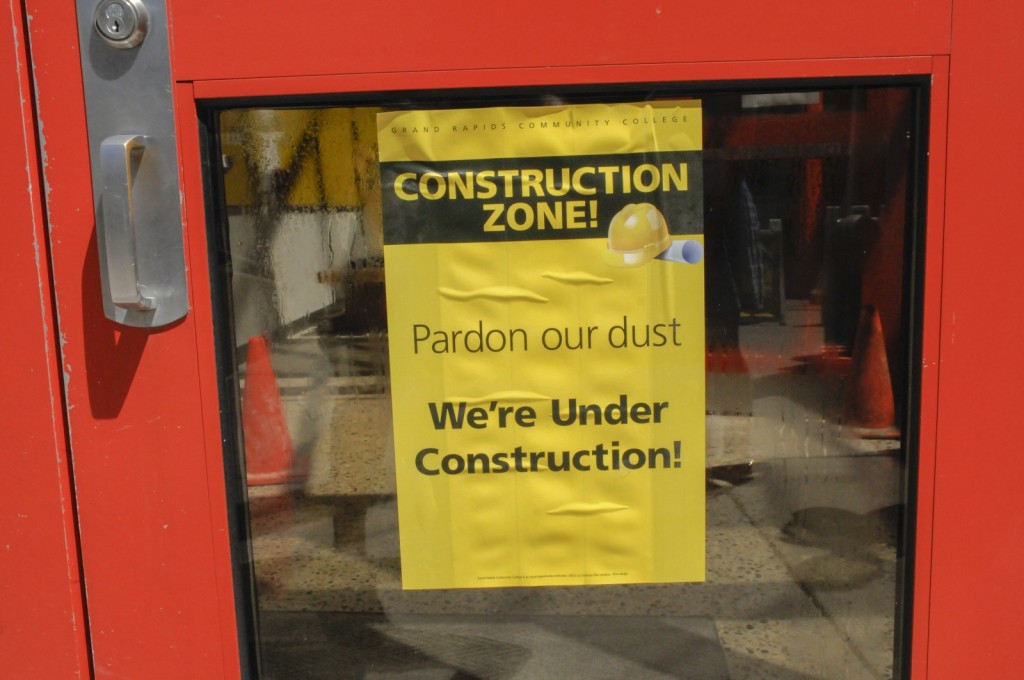 A three-year, $46.6 million construction project at Grand Rapids Community College has made it to the final stages.

“The final bond-funded renovations were completed in this academic year, through this summer,” said Victoria Janowiak, Vice President of Operational Planning, who oversees construction projects at GRCC. “The major summer project was the Student Center, which will be completed this week. (People will) be moving back in next week (Aug. 10).”

When earlier construction came in under budget, administrators were able to add one more project to the summer plans.

The work done on the Main Building in the past two years has made a difference, but one important area had not been addressed, the restrooms.

“The restrooms on floors one through five in the main building have all been rebuilt,” Janowiak said. “For us, that’s the big one, because those needed (work) desperately. ”

To comply with new ADA (Americans with Disabilities Act) standards, two unisex accessible restrooms were added to the third and fourth floors, and the existing unisex restrooms were expanded. About half of the restrooms are done already, with the rest expected to be completed by the first day of school.

Almost all summer, the glass facing east on the staircase between Cook and Main has been blocked on the inside with giant sheets of plywood. Because of a shipping delay, the entrance and exit doors of the staircase arrived Tuesday and were installed yesterday. The plywood has been taken down and GRCC block-lettering will soon be attached to the facade. The stairs are open and have been all summer. The main entrance is expected to be open today.

Although the bookstore remained open all summer, the rest of the Student Center was closed and is expected to reopen on the first day of class, Aug. 31. Staff is expected to start moving back in as soon as next week.

This summer’s construction does not have a final total cost, but the Main Building projects will total approximately $1.02 million, with Tassell and the Data Center around $470,000 and the Student Center expected to come with a $1.5 million price tag.

One current construction project not funded by a bond is the new craft brewing program in the ATC (Applied Technology Center) for the Secchia Institute of Culinary Arts. The entire project is expected to cost around $900,000 and will be funded by a grant from the Community Colleges Skilled Trades Equipment Program and a single donor, who has not been publicly named.

“The demo is starting right now and construction will continue through the fall semester,” Janowiak said. “(The program) should be operational by the start of the winter term … They are in the curriculum development work right now.”