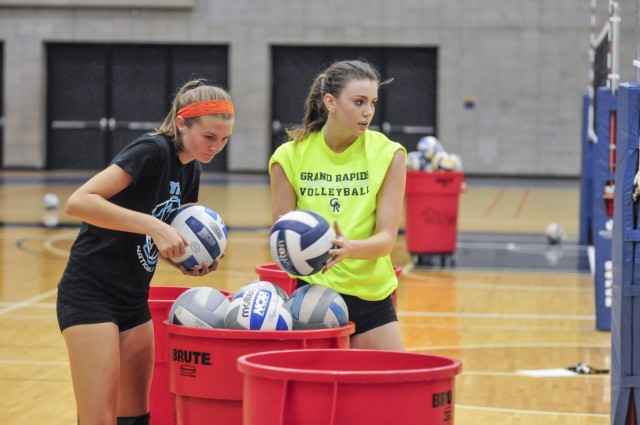 With only two players returning from last year’s national tournament qualifying team, the 2015 Grand Rapids Community College Volleyball team will have a new look on and off the court.

Coach Chip Will’s focus and goals will not only be winning and a returning trip to nationals, but a renewed emphasis on academics.

This current season will see a big push on the players’ academics with the base being, a tutorial lab, records of class attendance, and four hours of team study time per week required.

“We want to make sure we are pure student athletes getting the job done on court as well as in the classroom,” Will said.

On the court, there will be eight new faces this year with only Alexandra Polakovich and Dacey Cook returning.

“Obviously the dynamic is going to be a little bit different. At the community college level we face that,” Will said. “I’m really excited. “

“We’ll know where we’re at after the first two weekends of the year,” Will said.

The home opener will be against Lansing Community College at 6:30 p.m. Tuesday Sept. 8 at the Ford Fieldhouse.