Trina Nishimura, voice of Mikasa on “Attack on Titan”, spoke at this year’s Grand Rapids Comic Con on how to become a voice actor.

Nishimura began acting at age 9. She attended the University of North Texas in Denton, Texas, originally aspiring to become a lawyer.

“To become a voice actor, just be an actor,” said Nishimura. ”Work with your local theatre, work in the box office, and surround yourself with creative people and get comfortable with the word ‘no.’” when auditioning.

“Live where the work is, for dub Dallas and L.A. Are the big places for it. I would recommend getting an agent, demo reels are great, they’re like the business cards for actors”, said Nishimura.

“Live where the work is,” Nishimura said. “For dub, Dallas and L.A. are the big places for it. I would recommend getting an agent. Demo reels are great, they’re like the business cards for actors.”

Her first voice acting role was for Dessert Punk as Namiko.

Nishimura auditioned for the voices of Armin and Sasha, but ended up with the role of Mikasa.

Many fans of Attack on Titan were very excited when hearing Nishimura would speak at the con this year, but what many would agree on was when she made Attack on Titan seem as a show that had some valuable lessons to it.

“The reason I love ‘Attack on Titan’ is because it teaches little girls that they can be a princess or Darth Vader or they can be both,” Nishimura said. “Everyone has a Titan, all the bad things in life are titans, it’s inspiring to see these small characters that are going to fight them. It teaches people they can face their own titans.”

Nishimura concluded with an announcement that Attack on Titans season two will be out next year. 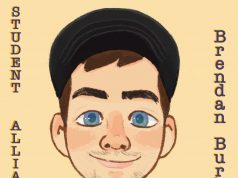 This is fine; a look at back to school during a pandemic 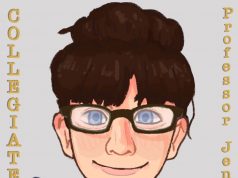 This is fine; a look at back to school during a...