Believe it or not, there was once a time when nothing compared to a relaxing evening at home in front of the television. Being able to watch all the latest movies and television series with the simple click of the remote was the height of technology.

Times have changed. Within the crossroads of connectivity, mobility, and app functionality, a new phenomenon has arisen. Online media streaming from websites including Netflix, Hulu, YouTube and Twitch are referred to as interactive, cheap and convenient. However it is described, it has altered the way we watch TV.

“I think online TV is better than cable because you can pick what you want to watch, when you want to watch it; whereas, with cable you have to watch whatever the company puts on,” said GRCC nursing major Justine Ramirez,19.

Many cable companies have joined the revolution by uniting with video streaming services. For example FOX, NBC, and ABC networks have created a way for viewers (subscribed to their cable companies) to use Hulu accounts to watch episodes for several series, online, the day after they air. CBS has taken a different approach, with their all access network. Not only do they offer live TV, but they offer on-demand, roku and video streaming from their CBS app.

“I like it because all you have to do is get online and look for what you want and it’s there,” said GRCC student Ashlee Marculis, an 18-year-old photography major.

As much as we would all like to be able to sit in front of the TV all day and watch our favorite shows and movies, we simply cannot. Because of websites such as Netflix, Twitch, and YouTube Red, there is a way for viewers to watch TV shows on the go.

“I really like Netflix,” Marculis said. “That’s all I ever watch.”

Netflix is a streaming website that provides viewers with hundreds of television shows and movies. For around $8 to $12 a month, Netflix allows viewers with internet connection to stream videos using anything from a smartphone, tablet, computer or a game console.

Similar to Netflix, YouTube has joined the video streaming phenomenon by creating what is known as YouTube Red. For a membership of $9.99 a month, viewers now have access to the full YouTube experience, videos with no ads, rich music catalogs and access to Google Play music. And with high expectations for next year, YouTube Red hopes to create original shows and movies of its own for members to enjoy.

Then there is Twitch. As of right now, Twitch is the world’s leading social video website for gamers. Unlike Netflix, Twitch appeals to more than just the eyes, it’s a live social experience that relies solely on chats and audio to provoke interaction about pop culture and life in general. Through Twitch, viewers can find publishers, video game media, conventions, e-sports, games and more. All things that would be difficult to access on live television.

“It’s inevitable for technology to change so we might as well embrace it,”said GRCC student Tuyetnhu Pham, an 18-year-old biology major.

What does this mean for traditional television? As of today, 78 percent of Americans watch traditional TV while being distracted by another device. In fact, the average U.S. consumer studies by Flurry Insights show that for every 168 minutes spent watching tv per day another 220 is spent on mobile apps. Because of this excessive use of mobile devices, consumers find it is only necessary to cut the cord on their pricey cable boxes and shift to online stream subscriptions.

“I know a handful of people that have (made the shift) and the reason why is that they save money since they’re not paying for hundreds of extra channels,” explained Pham.

Due to the fact that one cannot assume everyone’s eyes are constantly glued to the screen, consumption of traditional television is difficult to monitor, but the pay rate however is not. Flurry Insight studies also show that 60 percent of all paid TV consumption takes place through an Apple device. So it comes as no surprise that like Fox, ABC, and NBC, Apple may soon be starting their own television stream as well.

Online television. Some call it interactive, others cheap and convenient. Whatever the case may be, the easiest way to define it is by putting down the remote and picking up a smartphone. 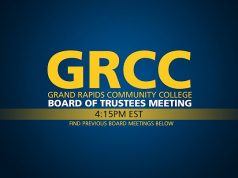 GRCC Board of Trustees Meeting Recap for June 13 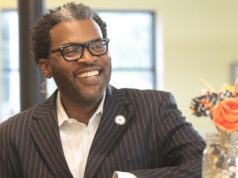