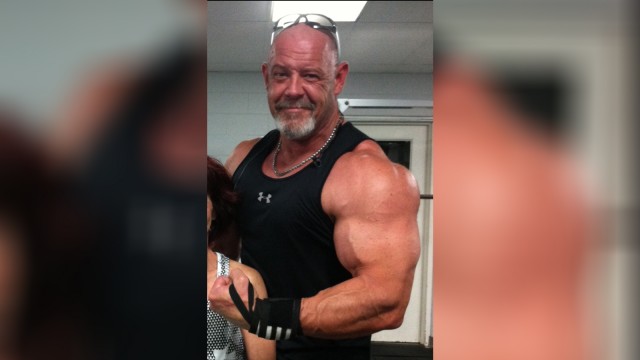 Students don’t normally picture an average business professor pumping iron in the gym everyday after work. Phillip Mowers does that exact thing every day after he leaves Grand Rapids Community College. While he may be very smart in the business world, he also lifts weights to compete in bodybuilding competitions.

Mowers, 57, was born in Wyandotte, a city just outside of Detroit. His dad was a salesman, so when Mowers was young, he traveled a lot and lived in many different midwestern cities. Mowers graduated from Riverview High School, before attending Kalamazoo Community College. He became an attorney when he started an internship in Grand Rapids and continued for 29 years. Mowers then took a job at GRCC as a business law professor. It’s now been a little over 10 years at GRCC, where he currently teaches advertising and sales.

Mowers got into bodybuilding when he started lifting weights in high school to train for football and basketball. He continued to play these sports in college and, from 1980-82, went on to a two-year stint under contract with the Detroit Lions, playing on the preseason teams behind Bubba Baker. Mowers was the only undrafted player to compete with all of the other defensive lineman through summer camp.

After lifting for football, Mowers said the transition to lifting for bodybuilding was challenging.

“Without having the sporting activity, there is only a couple things you can do,” Mowers said. “You can do powerlifting and just try and lift more and more weight, or you can work out for sports but that was no longer an option for me so I had to make a change if I wanted to still be competitive with something, and that was bodybuilding.”

Mowers gave up sports and took his competitive drive towards powerlifting, focusing on the goal of getting bigger.

“You can improve your measurements and body weight as a part of competition and that got me hooked onto the sport because you lift all year to win something, like a championship,” Mowers said. “Everything has to be symmetrical and proper on the body to place higher in the competitions.”

Specific diets are required to achieve the desired physique and it can be a very time-consuming lifestyle to maintain.

“Currently, I have no plans to stop,” Mowers said. “It’s difficult for a spouse to go through the prep with a bodybuilder.

“When you are going through your 10 to 12 week prep time, the goal is to get bigger or at least maintain muscle while at the same time cutting fat.That is incredibly difficult to do, and it doesn’t get easier as you get older.”

Mowers may be getting older but he loves the challenge as long as he keeps getting support.

“I will continue to do it as long as I can with the permission of my spouse,” Mowers said. “I would like to (continue) for four or five more years.”

Mowers has been competing since he finished his football career with the Lions in 1982.

One of his favorite career moments was his first competition ever.

“The first time you go on stage the adrenaline rush is very memorable,” Mowers said. “Many people ask me (if I) think about all of the people in the stands, but when you get on stage it is so bright you can’t even see them, and can’t hear them except for when the music stops playing. The best part of it all is to hear people cheer for what you have done on a creative level and appreciate the work you did to get to that condition.”

To Mowers, bodybuilding means much more than just the preparation, poses and the sport itself.

“It’s a lifestyle,” Mowers said. “It requires a dedication more than any of the sports I’ve played because it is a individual sport and you are always competing against yourself, and to me that’s really special.”

GRCC transfer fair offers students a chance to review the next...