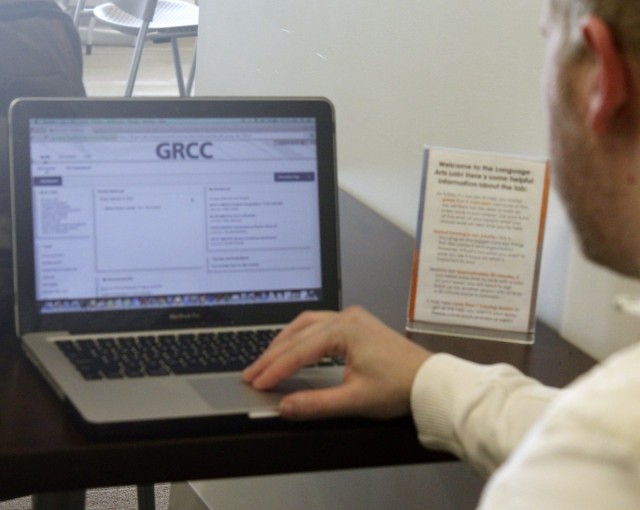 Grand Rapids Community College is changing its approach to the online experience, by attempting to make it easier for students to utilize online courses.

The Academic Governing Council is comprised of 51 faculty and 15 administrative members, who collaborate to find ways of improving communication and student involvement.

They have formed a college action project team to improve the online learning experience by making online tutorials for students mandatory.

The “Champion,” or leader of the college action project, or CAP 1.2.3, is Professor of Business Law, Garrett Brand. He heads up a team of faculty members who are working on the orientation  implementation.

While there is already an optional orientation for Distance Learning on BlackBoard, the GRCC AGC decided in December 2014 to construct a new mandatory orientation in an effort to provide more support to new students starting an online course.

According to the AGC  Decision Form from December 2014 “all students who are new to distance learning at GRCC are required to complete a distance learning orientation before they can enroll in an online or hybrid class.”

According to GRCC Dean of Student Success and Retention John Cowles, the success rate for online lecture type courses for the fall 2014 semester was 64 percent, and for the 2015 winter semester, the course success rate was 66 percent.

For on-campus lecture courses, the number stayed at 71 percent both semesters.

Cowles explained the difference between success rates and retention rates.

Based on these numbers and other numbers from community colleges such as Richland Community College in Illinois, GRCC hopes to increase success rates by putting the online orientation into place.

GRCC, whose online success rate was 71.8 percent before it implemented an orientation and 79.5 percent after implementing the orientation, has been seeing rates rise to over 80 percent the last three years.

Brand said they are currently working on the language of the catalog and developing the content. They are collaborating with other colleges and universities to see what works for them.

Currently, the CAP team is looking for student feedback about what would be helpful to  in the orientation.

GRCC students who want to provide input can email brand@grcc.edu.

“The new Distance Learning Orientation is part of a larger institutional initiative to improve student success in online and hybrid courses,” Brand said. “This includes providing students with the support they need and continuously improving the quality of instruction.”