The GRCC Players at Grand Rapids Community College are set to present a high-octane, dramatic comedy,“She Kills Monsters.” The show opens at  8 p.m. Thursday, Feb. 25 in the Spectrum Theater, “She Kills Monsters” is a show with references to fantasy and reality pop, punk culture.

“She Kills Monsters” tells the story of Agnes Evans on a quest to learn more about her deceased younger sister Tilly Evans’ life on earth.

In the story, Agnes stumbles upon her sister’s journal with Dungeons and Dragons mythical stories written within it. Agnes soon begins to emerge herself into the action-packed adventure of Tilly’s mind.

With help, Agnes meets Chuck, who sets up the foundation for playing the game. Chuck and Agnes soon realize a strong friendship connection throughout the show. Many reasons why they become close are because they are both nerds who enjoy similar activities also, they both can relate to each other on a personal level. They can relate to each other’s grief from losing someone similarly close in their personal lives.

“I connect with Chuck because he helps to dispel the idea that nerds don’t understand emotion, because he decides to help someone that he has never met (Agnes) because she is the sister of one of his best friends that he lost,” said Timothy Knight, a theater major at GRCC and who plays Chuck.

Agnes soon begins to let go of her anxiety and begins to enjoy being part of the game. Her world is changing right in front of her because the game is now her reality.

When Miles, Agnes’s boyfriend starts to find out Agnes is keeping a secret from him, he soon becomes curious about what she has to hide. Miles finds Chuck and Agnes sitting at a table close to one another, thinking they are flirting when really, they are only playing Dungeons and Dragons. Miles becomes embarrassed and then he decides to emerge himself into Agnes’s new world to help her discover Tilly’s mystery world.

Agnes starts training with her sister Tilly, who comes to life through the story as well. Throughout the journey, Agnes becomes stronger, faster, and even closer to defeating the dragon at the end as well as coming closer to her sister than ever before. Tilly becomes not so abnormal to Agnes than what she has always assumed.

She Kills Monsters is a story of self growth and fulfillment in which all people will learn something about themselves. 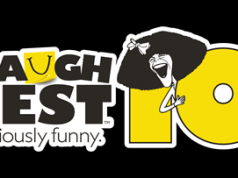 From Portage to the Pros