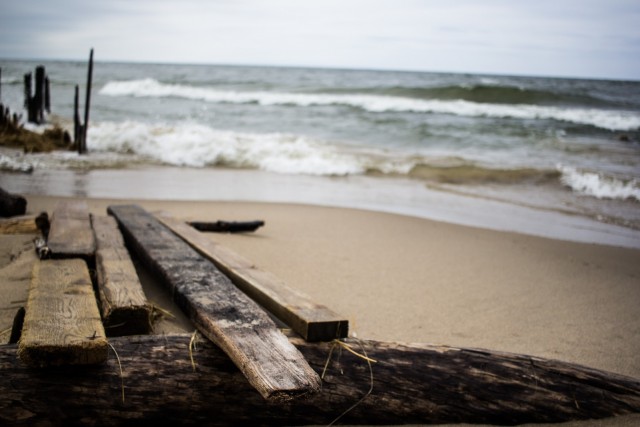 One thing I think most of us take for granted, without even knowing, is the fact that we live in Michigan. So many look at it as a dreary state, with snow taller than cars, and summers drier than the desert. When, really, it’s nothing but a privilege to live in such a beautiful place, to have grown up in a picture out of a magazine. We live in a climate where in every orbit, we get the best of every world. We get to see the leaves turn a burning red for a select three weeks every year. We get to watch the snow pile up on our side door so high that we can’t leave the house and get to take a ‘snow day.’ We get a white Christmas, just like they sing about in the carols. We get to smell the flowers in April, and watch the bees dance around you on the back porch, as they mistake the flower pattern on your shirt for a tasty treat.

We also get to shuck corn over the sink in the kitchen, and wear a sweatshirt under our costume on Halloween. We don’t realize how much of a gift it is, to remember the time of year based on the temperature. Or to know corn is suppose to be “knee high by July,” yet also keep an ice scraper in the front seat for early morning convenience. We are blessed with being a peninsula surrounded by beautiful fresh water. It’s a short drive from anywhere in Michigan to get to a lake. Many Americans don’t experience that luxury. We have so much plant and animal life that is foreign to most, even those living in our state.

It’s painful to know many don’t utilize the countless beaches, and trails, and drives and forests we possess as Michiganders. It’s important to know exactly what that means. It’s not just a funny saying, when someone asks about where you’re from. It’s a lifestyle. It’s a way to raise your children; as true Michiganders. Just like it was yesterday, I remember sitting outside the camper with my feet on the fire ring. Probably burning holes in the soles of my shoes, but I didn’t care. I would put them in the fire if it wouldn’t hurt them. It was that cold. Mears was always a guaranteed 10 degrees colder than the cities inland.

I had looked up because the neighbor had returned to his site with a deer on the back of his golf cart. We ran up to check it out and exchange high fives before it was taken to be hung up and properly cleaned. We pulled our scarves a little tighter, and remembered how amazing it would feel when we came back in the spring with shorts and sandals, and an ice cream cone. Camping in the fall was my favorite though. I can’t pretend it wasn’t. My dad would bring me and my friend, and we would basically have the run of the campground. Most people from Timberlake, my family’s campground, stopped coming after August. They packed everything up, and left the skeleton of their summer on their site, and always brushed off the cobwebs every May. The way we went though, we were there every weekend through October.

My dad hunted the property, so we would go up not only for the game, but for the serenity of an almost empty campground. A few of my father’s friends would join us in the fall. They would have tree stands hung up hundreds of yards from my dad’s, yet they all still hunted the same deer. They traded trail cam film, and helped track the deer after they’re shot. They formed a little family around hunting, and outdoorsmanship. On Saturday evenings we would have a big potluck. We’d get together at one trailer, with the men dressed in hunting gear. We’d watch whichever game was on the T.V., because of course we had to have T.V. and cable. We were at this place as much as we were back at home, everything was of the utmost comfort. In the middle of the day, we would walk the trails and watch for birds, or look for changes in the tides on the beach. We would look for mud when it rained, and we would try to catch turtles at the pond. We would ride our bikes around the campground, to see who had left for the season, and who still left their sand rigs on the site, which meant they would be back one last time or two.

I learned so much about myself in the 12+ years I spent camping. I found out what it means to cherish and support days on the beach, and evenings under the stars. I developed my everlasting thirst for nature walks, and scenic drives. I developed my desire to find mud, and dig up mushrooms. I developed my sense of direction in the woods, and my determination to always know where I came from. I developed my love for the state I was raised in. I found my desires for my future children. I thought about all the places I’ve been that I will take them. I realized the qualities I want them to possess when they’re my age, in class, wondering what’s important to them. I realized how important it was to appreciate where I’m from, and to expel onto others how important it is also.

I decided how I plan to spend certain days throughout the course of my life, and that’s outside exploring all that this beautiful state has to offer. We neglect to acknowledge the natural wonders around us, and I believe if we raise the next few generations with this admiration, we could change the way us Michiganders take pride in where we came from. It has the opportunity to be a force to be reckoned with known all across the country.