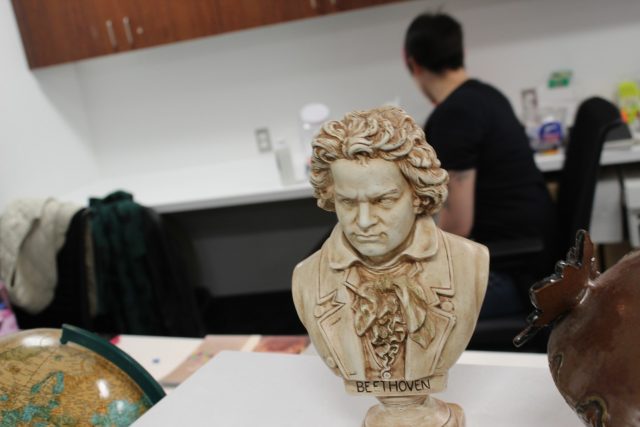 The Center will officially begin operation on June 6 for summer classes. The Music Center is open to students to walk through, however be advised that students and faculty will be moving equipment at the time.

Kevin Debroff, Department Head/Program Director of the Music Center, said  is most excited for students to experience the commons area.

Debroff then discussed the improvements in sound that the new building offers that the old one didn’t.

“The other big deal that was part of this whole renovation is that we had so much sound transfer between rooms because of the way the air handling was set up. So you could hear everything, and especially street noise,” Debroff said. “Now they moved the air handling to a penthouse that is on top of the staircase. So if you go outside and you looked up, there is the stone and the new brick. The brick is the building and then the light stone is the staircase silo. So now you don’t hear the air handling in the recital hall.”

For more information on GRCC’s Music Center, take a look at the department web page.