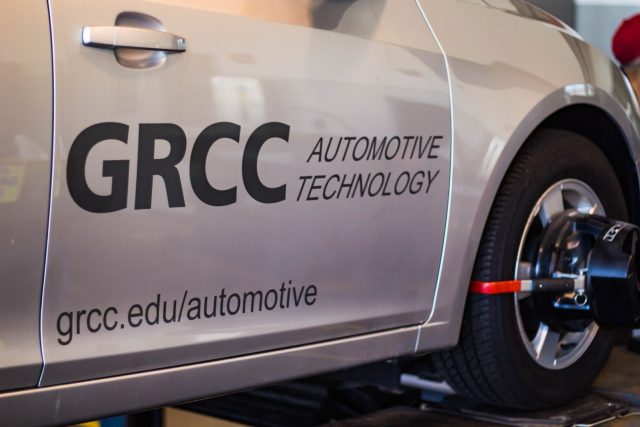 By Rachael Yadlowsky – Editor in Chief

Competitors are made to service components on vehicles like brakes, suspension, drivetrain and many other elements. Competitors also had to show great endurance in stressful situations.

Benjamin Smith, an Assistant Professor in the Automotive program, said he was pleased with the students’ success.

“Very happy about the win,” Smith said. “This win demonstrates the skill level and expertise of our students and graduates. It tells employers that GRCC Automotive program students are the right people to hire.”

The classes offered are the primary way of training for the SkillsUSA competition. The students start training in August and hold student competitions throughout the semester to see who will go to the state competition.

“The students who are chosen for states usually spend several hours outside of class preparing for the competition,” Smith said.