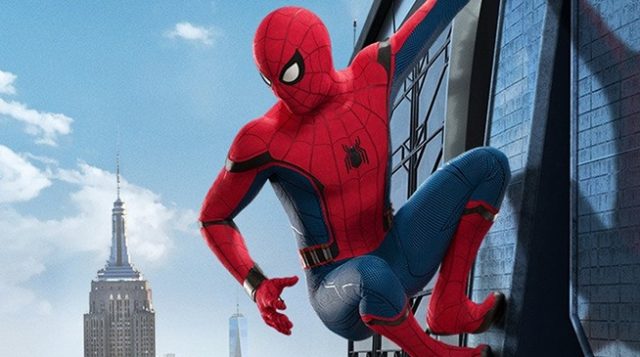 “Spiderman Homecoming” is the third live action reboot of everyone’s favorite wall crawler. The rights to the character originally belonged to Sony, so the character was never allowed to appear in everyone’s favorite way to spend all their money the “Marvel Cinematic Universe”. After the previous Spider Man reboot failed with Andrew Garfield critically and financially. Sony struck a deal to have a new Spider Man franchise – one that will take place in the Marvel Cinematic Universe.

After two previous franchises does this new movie feel like a rehash, or is it worth seeing?

Being more than  10 movies into this franchise, most of Marvel’s heroes are near god-like figures. Every action scene with Captain America and Iron Man are always sweet slick moments of them kicking ass and being really good at kicking ass. In “Spiderman Homecoming”, Peter Parker sucks at his job,which is the best part of the movie. There are moments in this moviewhere Parker gets crushed and it’s almost brutal to watch. I’ve never watched a superhero movie where I thought, “Don’t go for it, you are going to die.” Parker is way out of his league constantly in this movie. He’s a kid trying to fit into a group of these perfect heroes. He makes mistakes and slips up, which serves as a perfect backdoor origin story.

The majority of the movie centers around Peter Parker trying to impress Iron Man who constantly ignores him. Stark doesn’t trust him to handle Avenger level threats yet. He wants him to be a “Friendly Neighborhood Spiderman.” Despite what the Sony Marketing team wanted to make you believe,Stark is barely in this movie. Not saying that as a complaint. In fact, it’s a good thing. It allows time for Peter Parker to shine as a character.

Speaking of leaving time for characters. Michael Keaton as the Vulture was one of the best things in the movie. Most Marvel movies suffer from a weak villain due to them focusing on their main hero. Spiderman was already at an advantage that we already knew who the hero was and his moral compass. So that 10 minutes in the beginning which would normally go to the protagonist, goes to the  villains and it makes all the difference. The Vulture is a very understandable and human character. Almost too relatable as you totally understand why he’s doing what he’s doing. It isn’t a “Save the city” scenario which is very refreshing to see on screen.

My biggest complaint about the movie is probably my biggest compliment. That Parker sucks at his job, and he doesn’t do too much of the classic Spiderman stunts we all know and love -which is okay. But I would have liked to see a little bit of him rocking it as Spiderman, but I totally understand why we’ll have to wait for the sequel  for that.

“Spiderman Homecoming” serves as the near perfect introduction to the web crawler, and will hopefully be the Spiderman for years to come if the Sony deal continues. I rank this movie Nine Reboots out of 10.

If you are tired of Spider Man movies, this one might surprise you. I recommend giving it a look.

The Collegiate News and Feature Podcast: The Metallica Grant, The National Blood Shortage and Schools Requiring The COVID-19 Vaccine