Being in a pageant is not as hard as it seems. Although they are very misrepresented by the movie “Miss Congeniality” and the Miss Universe Pageant, the Grand Rapids Pulaski Pageant is not quite the same. It is a small pageant in which barely anyone even locals do not know about unless you are Polish. The pageant takes place in  one day and can either be incredibly terrifying or extremely fun.

Before the actual pageant, there are several things that occur. Our first meeting was at Diamond Hall where we discussed the pageant day outline. Several days after the first meeting I had to pick up my buttons my name and my sponsor, Sobie Meats.  Each contestant has to sell buttons for $2 before competing in the pageant to make people aware of them running for Pulaski Queen and to support them by wearing their button. So, for the next three weeks I had to sell 100 pins to people who wanted to support me in the running for Pulaski Queen Pageant.

On June 3, I went to Polka Pops which is a local Polish music station. I went to talk on the radio to raise awareness for myself and the Pulaski Pageant. We talked about my personal life and the people who are coming to the pageant to support me while listening to the best Polka music. After leaving Polka Pops, I felt extremely joyful about taking up this opportunity to participate in the pageant for the second time.

The day before the pageant we had to rehearse our walk-in with our fathers into the upper room at Diamond  Hall.. Due to family matters, I did not attend the pageant rehearsal. However, the Queen’s Pageant Committee Chairwoman said that my father and I would be last to walk and my father could rehearse the walk before the pageant.

On June 24, the day of the pageant. I woke up at 8 a.m., and ate breakfast. After that I drove to JJ Wright’s where Jaci ,my stylist, styled my hair for the pageant. An hour and a half later, all of the contestants met up at Diamond Hall. As I walked into the hall my nostrils were filled with the smell of kapusta (sauerkraut or stewed cabbage) cooking from the upstairs kitchen.

We could not have any contact with our families until later in the day and we were sectioned off in the back of the lower part of the hall.  Since we were all early to the hall, we sat down and started to get to know one another. We talked about how old we all were, about our heritage and other things just to past time.

At around 12:30 p.m., It was time to get our outfits for our first interview and headed out the door to the cars. When we arrived to the interview site at Jackson Street Hall we all sat down in the bar area. We waited as the judges were all set up and ready for interviews. Constant number one, 22 year old Emma Arsulowicz of Grand Rapids, was the first to be interview. The interviews were about eight minutes long and included time for breaks in between for the judges. We decided to watch TV while we waited. Harry Potter was playing throughout the weekend celebrating the 20th anniversary, so we watched “Harry Potter and the Chamber of Secrets.” One by one we all took our turns being interviewed.

Some were nervous for their interviews like contestant four who said: “I feel like I am going to throw up.”

“You will be fine,” I replied.

“The interviews are easy, but it can be a little nerve wrecking.”

When I was called, the chairwoman escorted me down to the basement of the Hall to a room with five judges staring back at me. The chairwoman then introduced me to the judges and they began to ask me questions.

After the interviews, we headed back to Diamond Hall at around 3:30 p.m. We sat down and talked for an hour about how each of our interviews went. We all agreed that most of the questions were extremely difficult to answer. Most of the questions consisted of our personal views. An hour later we all had dinner. On the table filled with food there were turkey subs, fruit, vegetables and a variety of chips.

Three hours later, the second part of the pageant started. One by one all of the contestants walked across the stage. When it was my turn I walked up the the red carpeted stairs to a room filled with people. As I turned to my left, I saw my father. He looked at me and said, “Are you ready?” I replied “I am a little nervous. Right after I said that they announced my name and we began to walk to the podium.

After I was done with the public segment of the night, I walked back down the stairs and was escorted back to the sitting area by one of the den mothers. When I arrived, we all gathered around while we were given instructions about the next step. We were all given boxes for the People’s Choice Award. The award is for whomever can raise the most money within 45 minutes while mingling with the crowd, and to spend time with loved ones.

We then all walked upstairs one by one and met with our families. When I arrived to my family’s table, everyone said how wonderful I did and greeted me with hugs. I talked with them for a while and was introduced to a few people that my parents knew. Many people donated money to my box for the People’s Choice award. After about 20 minutes, I gave by box to one of the den mothers and asked my grandfather to dance.

Since the room was filled with laughter and talking we moved closer to one of the speakers and heard a faint sound of a song. We begin to dance and laugh as I kept stepping in different directions as he did. When the song was done we walked back to the table and a few minutes later all of the contestants were asked to go back downstairs.

When we arrived back downstairs we talked for a few minutes and were told to walk back up the the stairs and wait at the top until we were called. When they called my name I walked across the stage and near the podium with the other contestants. The present Pulaski queen and court walked up to the podium and gave their last speeches. The announcer then opened the envelopes for the new Pulaski queen and court. “The new Pulaski court is ….. Emma Arsulowicz.”. The crowd cheered and then became silent, waiting to hear who would be the new queen. “For your 2018 Pulaski Queen….Carly Johnson.” The crowd cheered again.

After the crowning, I congratulated the two girls, walked to my family and thanked them for coming and walked downstairs to grab my belongings. I walked out of the hall and thought about how fun the day was for me and for the other contestants. Although it was more relaxing than the first time I ran, it was still a wonderful experience. I was grateful to meet all of the other contestants and be able to spend the evening with my loved ones. One of the biggest things I learned from being in the pageant was to be more confident in myself and to not be afraid to try new things because you will never know what you can gain from it. 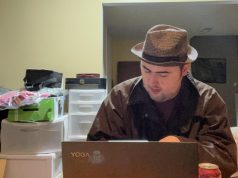 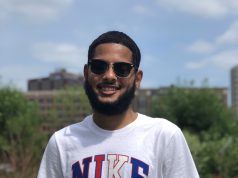 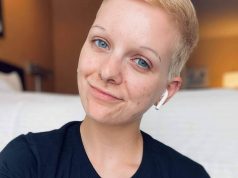