By Najd Ayari – The Collegiate Staff

Last Thursday, Donald Trump’s usage of a curse word during a private meeting with lawmakers on immigration went viral on the internet. The comment not only got so many reactions throughout the country but all over the world as well.

Although it was shocking to a lot of people, for me, I wasn’t surprised at all.

My name is Najd Ayari. I’m a 22-year-old international student at Grand Rapids Community College. I came from Tunisia, North Africa five months ago on a student visa to study photojournalism after I graduated with a computer science degree back in my home country.

I studied English for two years before I applied to a college in the States. I knew that I wanted to study abroad and chose the States because of its diversity.

The United States is home to many races and people from different origins. I was fascinated by that and wanted to experience that life. Additionally, I wanted to learn how to adapt to all the differences here.

I personally wasn’t offended by what the President of the United States said. From the beginning, it was obvious to me that he has issues with anything and anyone that is different from him. With all the comments that he made during the campaign and after about other ethnicities and foreign countries. And with the ambition of building a wall and banning certain populations from entering the country.

But I always wondered does he really know these places? Is his opinion a result of searching and analyzing these countries?

I’ve read a lot of angry replies along with other supportive ones, but the truth is that none of them will change anything. As a matter of fact I don’t think we should hate on him but instead, we should hate on narcissism and ignorance. We’re not looking at the bigger picture here.

All I want to do is leave some questions in your head: Maybe he’s right? Or maybe he’s so wrong? How can you find out? What do you know about Africa or Asia or any of these “sh*thole countries”? Is it the truth or just another “stereotype”? Ask, read (not out of Trump’s Twitter account), travel and then decide whether to agree or disagree with him. 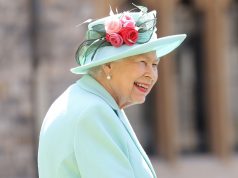