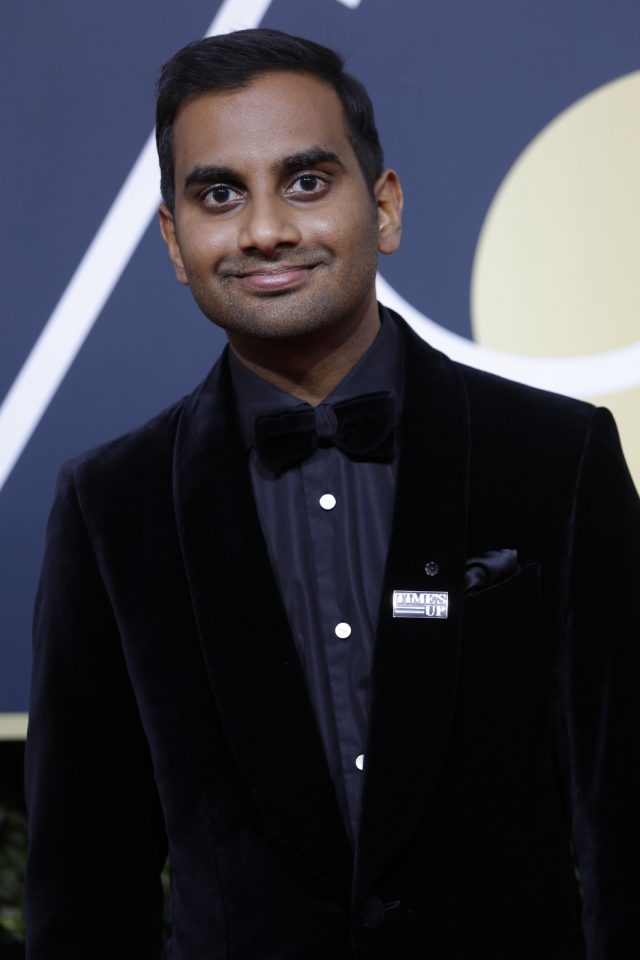 Kimye Had Another Baby!

Kardashian announced the news on her app Tuesday.

“Kanye and I are happy to announce the arrival of our healthy, beautiful baby girl,” Kardashian wrote. “We are incredibly grateful to our surrogate who made our dreams come true with the greatest gift one could give and to our wonderful doctors and nurses for their special care. North and Saint are especially thrilled to welcome their baby sister.”

The baby came out at 7 lbs., and 6 oz., Kardashian added. This is the third child Kim and Kanye have had together.

Another day, another sexual misconduct allegation.

This week Aziz Ansari, a comedian who played Tom Haverford on Parks & Rec was accused of sexual misconduct by a Brooklyn-based photographer, who he reportedly went on a date in September 2017. The 23-year-old woman who chose to remain anonymous goes by the name “Grace” in an article detailing the allegation for the publication, Babe.

Ansari released a statement to E! Network on Sunday, stating:

“In September of last year, I met a woman at a party. We exchanged numbers. We texted back and forth and eventually went on a date. We went out to dinner, and afterward, we ended up engaging in sexual activity, which by all indications was completely consensual.”

The statement continues, “The next day, I got a text from her saying that although it may have seemed okay, upon further reflection, she felt uncomfortable. It was true that everything did seem okay to me, so when I heard that it was not the case for her, I was surprised and concerned. I took her words to heart and responded privately after taking the time to process what she had said.”

On Sunday, Babe released the screenshots of the text conversations between Ansari and “Grace”.

The “Master of None” star concluded his statement saying he supports the current movement and thinks it’s long overdue.

George Clooney is Back!

Everybody’s favorite man candy George Clooney is returning to television (SWOON!). Clooney will star in and direct a six-episode series called “Catch-22,” based on the novel by Joseph Heller.

The show is set in Italy during World War II and follows the story of a U.S. Air Force pilot trying to fill his requirements so he can go home. The novel dealt with the paradox of requirements were pilots who felt mentally unfit to fly were not obligated to do so, but anyone who applied to stop flying was sane enough to fly.

This will be Clooney’s first series regular role in decades since he departed the hospital drama “ER”, which you can bring on Hulu until his new show premieres.

The show will be available on the streaming service, Hulu.

Some of the most notable moment from the show was when James Franco was noticeably absent from accepting his ‘Best Actor in a Comedy’ award, for his role in “Disaster Artist.” Many believe he could be laying low after recent sexual misconduct allegations were made public after the Golden Globes.

Franco’s attorney disputed all five of the women’s allegations and said to watch Franco’s comments Tuesday night on “The Late Show With Stephen Colbert.”

Wonder Woman star, Gal Gadot, was the center of a special moment when she was honored with the #SeeHer Award, which aims to recognize the importance of accurately portraying women across the entertainment landscape, and accepted with a powerful speech.

“As artists, and as filmmakers, I believe it’s not only our job to entertain, but our duty to inspire and educate for love and respect,” she said. “In the past weeks and months, we’ve been witnessing a movement in our industry and society, and I want to share this award with all the women and men who stand for what’s right: Standing for those who can’t stand or speak for themselves. My promise and commitment to all of you is that I will never be silenced, and we will continue to band together to make strides, uniting for equality.”

What do you think? Let us know how you feel in the comments!