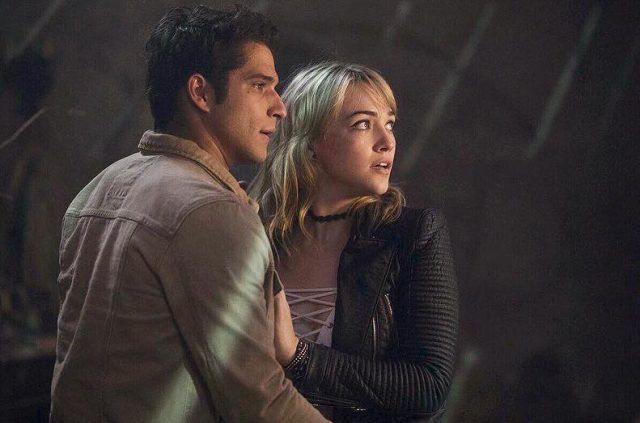 “Truth or Dare” is Blumhouse’s newest horror flick. The story puts several college friends on one last getaway to Mexico, as they take part in what seems to be an innocent game of truth or dare. As they return home from this trip this innocent game turns to life or death. Violett Beane plays Markie Cameron in the movie, and you might recognize her from the fan-favorite show “The Flash” as speedster Jesse Quick. Beane did a phone interview with The Collegiate and discussed her newly released film,

“Truth or Dare” has been out for a little while, what would you tell the people who haven’t seen the movie yet?

“To anyone who hasn’t seen the movie yet, where have you been!? Get in theaters now to see it! There’s definitely supsense, some people might be scared, but ultimately I think it’s a story about relationships, and secrecy. I feel like a lot of people would like to be connected to all the characters.”

When you were kid did you ever get to play Truth or Dare?

“You know, I think I played as a kid. I don’t really remember too much of it. I think Spin the bottle was more our jam.”

Would you like to see a horror movie about Spin the Bottle?

“Yeah, that sounds kind of scary!”

If you could have Jesse Quick cross over to another superhero story, and beat them up/ team up who would you chose?

“I’ve always loved Spiderman. I don’t know why Jesse and Spiderman would be fighting? I know they kind of do that when Batman and Superman both fight even though they are heroes. I can see how that would be fun.”

When you’re off work, what do you like to do to treat yourself?

“I have a puppy and a bunny. I’m constantly hanging out with the two of them. I’m also obsessed with food. Specifically the making and the eating of it. I’m constantly cooking and baking and trying new recipes. And then just going outside. I like to try and go for hikes, and camping and go traveling whenever I’m not working.”

What’s one of your favorite recipes you just discovered?

“I am mostly vegan so I do all plant based versions of stuff. I make mean vegan nachos, and cupcakes. I like all sorts of things like that. I’m usually making a few things of those per week.”

We have a big local theater community in Grand Rapids. Any advice you might give local actors who are trying to break into movies or TV?

“I think it’s crazy but you gotta keep doing it. If you are already in theater, I think that’s awesome. That’s how I started as well. What I would suggest is either looking for an agent in your hometown. I’m sure there is at least one that has access to casting directors and send a tape. That’s how I first started my career. I didn’t live in L.A. but I taped stuff and booked stuff, and eventually I moved out. I would just say use all the resources you have at your fingertips. Just keep doing it.”

“Truth or Dare” is in theaters now, and you can catch Beane on the CW’s “The Flash” and “Legends of Tomorrow.”