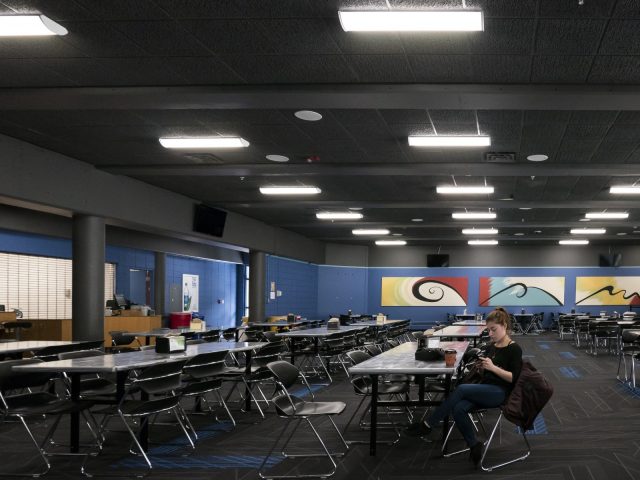 Every day we use technology, whether it is to connect with others, work or for our leisure. It has become a part of our everyday routine. Technology has created many advancements in this modern age that benefit us such as self-driving cars, cell phones, artificial intelligence and the internet. Somehow – even with all of these technological improvements – we still feel like we are missing something.

One thing that has changed is the way we communicate with each other and the evolution of social media. It all started in 1997 when the social networking site Six Degrees was created by a man named Andrew Weinreich. This site allowed people to create a profile and get to know other users and potentially befriend them.

Several years later in 2003, three men named Tom Anderson, Chris DeWolfe and Jon Hart came together and created Myspace. The use of this website was on the rise and people were able to do more than they could with prior social media sites. Now the newest platform of social media is Facebook along with photo frenzy messaging apps like Snapchat and Instagram. Social media and technology create a way to stay connected with family and friends but at the same time not on a personal level.

After noticing how humans have become extremely addicted to social media and technology, I began to think of a way to ask people if these things affected their lives. For two weeks I began several polls on my Facebook page about this issue.

In February, I posted my first poll question, “Does technology affect your everyday life, friends, significant others and family?” There were a total of 17 responses to this poll. For my results, I found that 94 percent of people felt that technology affected them in some way. Only six percent said that technology did not affect them.

On Feb. 27, I posted my second poll with the question, “Does technology make you feel more connected with others or feel more alone?” There were a total of 12 responses, and the results for this poll were dramatically different than my first poll. There were 58 percent of people who felt more alone due to technology and 42 per- cent felt more connected. It surprised me as to how many people were affected by technology. In the first poll, 16 out of the 17 people felt that technology made a huge impact to their everyday lives along with their family and friends. How could something create this type of impact over people? I decided to dig a little further and ask some of the poll participants why they choose their answer.

Nick Leingruber, 22, of Grand Rapids, believes that technology has affected our interpersonal skills.

“Technology causes me to have less verbal interaction with other people. Everything is communicated in writing. It affects interpersonal relationships because everything is all computerized now. There is no longer the need to engage with someone in person or to have a verbal conversation over the phone.”

When asked how it affected his relationship with his family and loved ones, Leingruber said:

“I barely talk to any of my relatives other than my immediate family. Technology causes less interpersonal communication with my family. Especially when I was living in Chicago before starting my music publishing company. When I was in Chicago trying to get connected in music I would barely talk to my mother outside of text messaging. It affected me because it resulted in less interpersonal communication with my parents. All I had was writing on my phone.”

Now with social media you can sit around with your family or friends while trying to spend time with each other but sit there scrolling down Facebook. We forget to communicate with each other during family time and set our phones down.

Now we prefer to have a conversation and virtually spending time with others through social media rather than take the time to meet up and talk in person. Nathanael Edwards, 20, of Grand Rapids, feels as though people confuse communication with socialization.

“I feel like folks used to use phones to make plans to interact with each other and do interesting things and see beautiful sights. It’s evolved into something different. We confuse communication with socializing. Even when we do socialize, uncomfortable situations are so easily escaped by looking down at our phones.”

Has social media and technology become an outlet to escape our everyday lives or has it become an addiction for people to where we can find the time to spend quality time with others?

Adam Alter, an Associate Professor of Marketing at New York University’s Stern School of Business expressed that due to his overuse of technology he was inspired to write his book “Irresistible: The Rise of Addictive Technology and the Business of Keeping us Hooked.” In the book he covers the risk of behavior addiction, how it benefits technology and marketing companies and how they have collaborated with researchers and engineers to keep consumers loyal to their products.

“Tech developers have baked a series of hooks into their products—hooks like the streak feature on Snapchat, which encourages users to communicate with each other once a day, every day; or the hunt for likes and comments on Instagram or Facebook, which deliver instant rewards that aren’t very different from the experience of drug taking or winning at a casino,” Alter said in an interview.

According to Statista.com, during a survey period in September 2017, the average American spends an estimated 721 minutes (estimated 12 hours) per day using technology. That is a huge portion of our life wasted away using technology rather than spending time with our loved ones.

“We spend a far bigger proportion of our social time alone, connected through screens rather than face-to-face. With that, we lose a huge part of what makes social experiences so rich: eye contact, subtle nonverbal and facial cues, and the other senses beyond vision (touch, smell, etc.),” Alter said.

What we can do to reduce the use of technology so that it does not become an addiction? Alter says we need to be more mindful about how we use our technology. We are extremely focused on being on our phones and reconnect with others face-to-face.

We can try to reconnect with reality by putting our phones down during dinner or withdraw from technology during the weekend. By reconnecting back to our everyday lives we allow ourselves to feel more connected to each other again.