What would you do if you had one last living wish? Would you wish to go to Legoland? Perhaps you would want to meet the Detroit Lions. Or maybe you’d want learn how to surf in Hawaii. For Lukas, Trevon and Emily the Make-A-Wish Foundation generously allowed these three to simply make a wish and have it granted.

Sending kids and their families on trips like these add up and can become very costly. Considering Make-A-Wish is running solely on donations, it is a fully functional foundation. However, they are always looking for more donations to make this  possible. People need to see what wonderful things they are doing to children’s lives. They need more publicity.

This 27-year-old artist from Birmingham, Michigan said how he had suffered from drug and alcohol abuse in the past. It wasn’t until he turned 21 that he decided to become sober.

“When I became sober I started doing art,” TYP said “Art was something that kept me out of trouble. I fell in love with feeling like I was doing something that wasn’t harming myself or other people.”

“I was contacted by people from Make-A-Wish, and I always thought (the foundation) was the coolest thing,” TYP said. “So when I got asked to do (this) it was such a honor.”

Even though the initial idea wasn’t something TYP came up with on his own, he was involved in the process by coming up with plans for the making his three portrait piece, “The Power of A Wish.” The piece for Lukas is a portrait made completely up of legos complimenting his wish to visit Legoland. Trevon’s portrait is made out of footballs because he wished to meet the Detroit Lions. Emily’s wish to travel to Hawaii and learn how to surf lead TYP to paint her face onto a surfboard that has the Hawaiian Islands carved out of them.

For TYP, ArtPrize is more than just about winning.

“At first I didn’t even know (ArtPrize) was a contest,” TYP said. “If I won, I would probably keep the money that I spent on the (materials) and then give the rest to the Make-A-Wish Foundation. He said, “I would feel very honored. There’s a lot of incredible work there and for the kids, people and families that helped make the project come to life it would really just be the icing on the cake.”

From start to finish the three pieces of art took him about three months to complete. After figuring out how the pieces would be made and what meaning would be behind them, TYP said “it really only took one week to make each piece.”

However, that doesn’t mean it was easy.

“There were challenges, and I’d say with all the pieces the scaling was the most difficult to do,” TYP said. “(Because) they had to be functional for someone’s home.”

More specifically, the homes of Lukas, Trevon and Emily. TYP plans to give these three children their own portrait to bring home to their families after ArtPrize concludes.

TYP’s “The Power of A Wish” is located in Devos place on the second floor. For more information regarding ArtPrize venues or artists, visit ArtPrize.org. 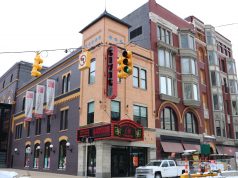 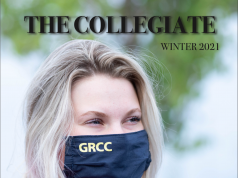 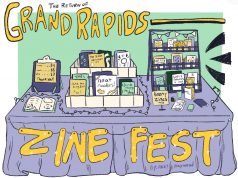