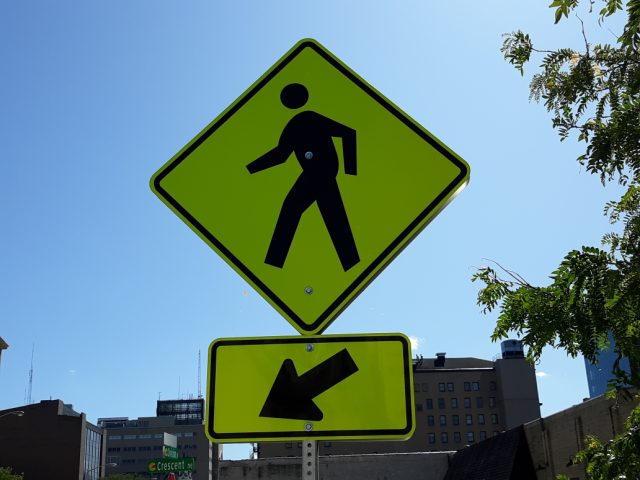 A pedestrian was struck by a car while walking on the crosswalk at the intersection of 60th Street and Division Avenue a little before 7 a.m. on Monday morning, Sept. 23. Wood TV 8 news reported that the pedestrian was a Grand Rapids Community College Student; however, neither the Kent County Sheriff’s Department nor the GRCC Communications Department  were able to confirm the identity of the pedestrian or their enrollment status.

According to the sheriff’s Department, the pedestrian was walking northbound on the eastside of South Division before arriving at the intersection, and proceeding to use the crosswalk there to legally cross from the south side of 60th Street to the northside. At the same time, a Chevy Impala was also traveling northbound on Division. The vehicle initially slowed down as it approached the intersection as the traffic light was red. However, the light turned green right as the vehicle reached the intersection. The driver then accelerated their vehicle and turned onto 60th Street where they came into contact with the pedestrian, who was still walking across the crosswalk.

“There was no indication of drugs or alcohol,” said Sgt. Joel Roon of the Kent County Sheriff’s Office.

Roon indicated that “dark conditions, dark clothing, and lack of driver awareness”  were all likely causes for the incident. The vehicle was described as moving relatively slowly when it struck the pedestrian and the pedestrian was described as wearing black clothes and a black backpack early in the morning during a time of limited visibility.

Police said the pedestrian used the crosswalk legally and in a proper manner. Mean while the driver was ticketed for failure to yield to a pedestrian.