Shortly after a Grand Rapids Community College professor was arrested on campus grounds in connection to his autistic son’s death, a former student reflects on his experience in the instructor’s virtual class.

Christopher Talbot, 19, was a student in Timothy Koets’ online database design and development class last spring when Koets’ son was found unresponsive in the family pool in Georgetown Township, according to Ottawa County Sheriff’s Department.

“I am still shaking,” Talbot said. “That’s messed up. I was thinking back to when it actually happened and it seemed strange to me.”

According to Talbot, following the drowning of his son, Koets sent an email to his students describing what happened.

“I wanted you to know this because the report went out on the news that an autistic boy was discovered “by someone” and that “relatives” were at the house at the time,” Koets stated in the email that was later posted on GoFundMe.com. “It makes it sound like he wasn’t being watched by anyone. The reality was, my daughter knew what was happening. Sam climbed in the pool and she did her best to try and get him out. We always have somebody watching our boy. But it wasn’t meant to be, and now Sam is home with the Lord, free from the dreaded autism that frustrated him all of his life.”

Within the email, Koets added that after life-saving measures had been conducted for nearly 90 minutes, hospital personnel suggested they terminate aid, ultimately leaving the decision up to Koets.

“I told them to cease, and then I knelt down, held my son’s hand, and wept,” Koets stated.

The email seemed odd the Talbot.

“With the email that came out, I had a lot of questions about how it came to be, how no one was able to save his son,” Talbot said. “The story didn’t add up.”

Following the drowning, Talbot said that there was a substitute professor for his online class, but only for two weeks. He said he was surprised that Koets returned to teaching so quickly.

“I was expecting him to not be there for the remainder of the semester to deal with everything that had happened,” Talbot said. 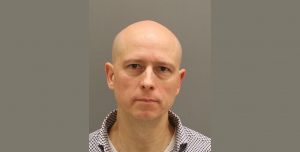 Due to the nature of online class formatting, Talbot said that he had only met with Koets once or twice in person during office hours. All other correspondence was via email and Blackboard. He added that, at the time, Koets was his favorite professor.

“All around, he was a good professor,” Talbot said. “That’s what motivated me to create the GoFundMe.”

Talbot created a campaign in the popular crowdfunding platform, GoFundMe, to help cover the cost of Koets’ son’s funeral.

However, as of Thursday evening, the campaign is no longer listed on the site. Talbot stated that he did not deactivate it himself.

“I assume GoFundMe took it down, but I haven’t received any information from them,” Talbot said.

A representative for GoFundMe confirmed that the campaign has been removed from the site because it “violated GoFundMe terms and conditions.” All donors have been refunded, according to the spokesperson.

Editor’s Note: This story was updated Fri., Oct 25 to include information from a GoFundMe representative.