Hello again Nightlighters, it is I, “a very proud grandson,” Jamie Miller, here with yet another issue of Nightlight. So Nightlighters as you have probably noticed I haven’t been writing many stories as of late. Well, there’s a reason for that…. I lost my grandmother on Sunday to Covid… she was 93. But I’ll tell you what a life, and as this is Veterans Day, and she was a veteran. So please do read on.

My grandmother was born Lois Marlyn Voerg on  June 29, 1927 to Leon Nuhn and Inez Nuhn. My grandmother never really talked about her parents. She was born in Chicago and lived there until she was 8. In fact, she used to tell me stories about how she was at the movie theatre one day and heard gunshots. She later found out that the St. Valentine’s Day Massacre was happening close by. And she never went by Lois; she always went by her middle name. Her family moved to St. Petersburg, Florida when she was 8 and she grew up there. She joined the Army in 1950 for the GI Bill so she could go to college. She served as a lieutenant. That’s where she met my grandfather Arthur Charles Voerg. They married on April 25, 1953. One year later my aunt Christy was born. Andon May 2, 1963 my mother was born. They lived in St. Louis. Later in 1990, once they retired, they moved back to St. Petersburg. My grandfather died in 1994. Leaving her alone with her cats, Cleo, Toni and Bart. Cleo lived for 23 years. Oh goddess, Bart, that cat was crazy. I joke it was like a rite of passage into the family to get bit by that cat. He used to run out from under the bed for the sole purpose of biting her in the leg and then retreat back under the bed. He also used to “swear at the vet” as my grandmother said. He mellowed out somewhat as he got older.

Toward the end, my grandmother had another cat, Zoey. She and I were thick as thieves, maybe because when we first got her she roomed with me. As she was a rescue and my grandmother lived in Florida at the time while we lived in Michigan, so it was a bit before she could get the “new addition to her family.”

However, toward the end my grandmother was different. Her mind was starting to go. What she said started to not make sense. First, she would have small memory lapses, then later on it got to the point I could barely make out what she was trying to say. She had her Ph.D. She was a psychologist. It got to the point where she made no sense. As a result we had to move her into St. Ann’s nursing home which led to the hard decision of us having to send Zoey to live with my cousin Melissa. I was terrified that if we took that cat away we would lose her. It seemed that cat was her whole reason to live, to get out of bed, take that away and you would take away her very reason to exist…. Sadly, I think I was right.

At the end of October she contracted COVID-19. A short time later we learned that she got worse, that she was unresponsive, that the bright, intelligent mind that I’d come to admire…. was gone, and last Sunday what she left behind finally died.

However, in between the mourning and the brooding, I try to think of what once was, the war stories and the stories she told me about crazy former patients. And the way she laughed when I would tell her a joke. She was one of the only members of my mom’s side of the family who laughed at them. So… happy Veterans Day, Grandma. I miss you. 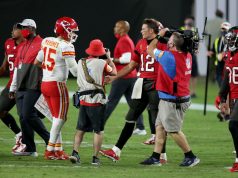