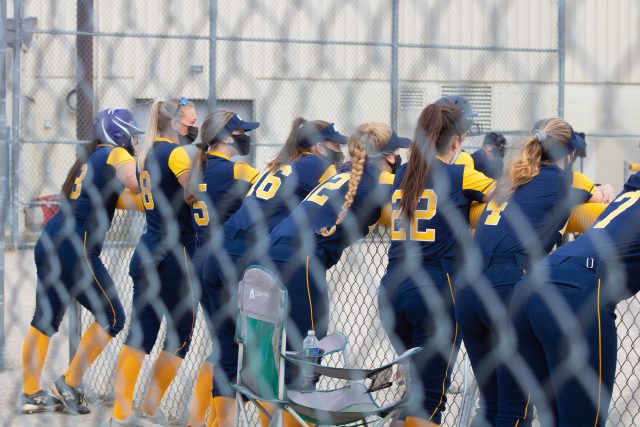 Nguyen received MCCAA All-Western Second Team honors. Nguyen was one of the more dominant hitters for GRCC, batting .300 and leading the team in doubles (eight), triples (two), home runs (six), RBI (20) and runs (30). While leading the team in hitting, she was the Raiders’ starting shortstop who had 39 putouts and 69 assists. She played in all 39 games this season.

Cross was the starting catcher for the Raiders and led the team in fielding percentage with a .989 (more than 10 attempts). Along with the success on defense, she was a force for the Raiders on the offensive end, batting .310 with five home runs and 19 RBI.

Siewertsen led the team in batting average (.373), on-base percentage (.407), hits (30) and sacrifice hits (10). One crazy stat for Siewertsen that is almost unheard of is in 77 at bats this season, she had only one strikeout.

As the starting third baseman for GRCC, Siewertsen had 47 assists and 28 putouts. Siewertsen also stepped up for the Raiders in a pitching role when their top two pitchers had some issues with injuries or performance.

Van Huis was the starting right fielder and also played catcher for GRCC. She was the leadoff batter, batting .304 as well as .340 on-base percentage. Van Huis led the team with nine multi-hit games. The biggest job for the leadoff hitter is to get on to start things for your offense. Van Huis always did that job well and got GRCC started many times to give the Raiders a good jump start to the game.

GRCC Men back on track after dominant win