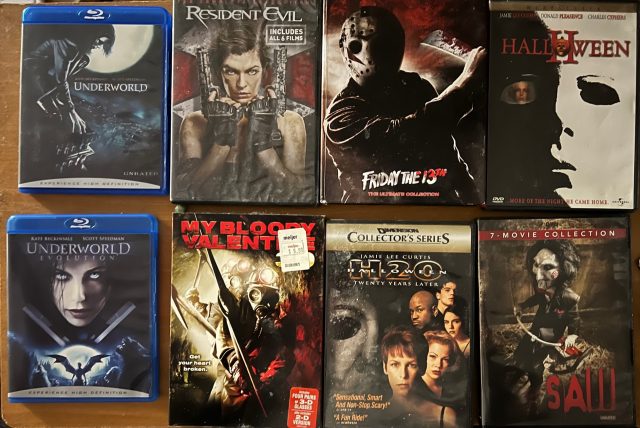 As there are many ways to cope with anxiety, research has now shown watching the genre of horror movies is another method to help. Horror films are structured in a way that causes audience members to experience several emotions including fear, shock and tension that is built up at a certain part, which is then released in the body like adrenaline.

According to an article published in Healthline, the director of the Media Psychology Research Center, Dr. Pamela Rutledge states, “Generally, people who watch horror films tend to enjoy them for a variety of reasons, so for most viewers, it is a positive impact.” In addition, psychologist and executive director of the Anxiety and Stress Disorders Institute of Maryland, Sally Winston stated, “If someone is being treated for an anxiety disorder or OCD, horror movies can provide useful opportunities to face one’s fears and develop the confidence that you can, in fact, endure unpleasant distress, and that it’s not dangerous to you.”

“…Anxiety is like everything is tense in the body and horror movies help to calm down,” said Johnson, who has tried this method before to help with her anxiety.

GRCC Psychology Professor Nancy Forbes said when watching horror movies, “the amygdala would be activated, that is our fight or flight center of the brain in the limbic system. The positive effect could be like a sort of catharsis. You expend all of that energy with the fearful emotions and there is kind of a release of some sort that could result in a sort of relaxed state afterward, maybe.”

With several horror movies being released in the fall like: “Halloween Ends,” “Smile,” “Don’t Worry Darling” and more, many students can get a scare in and also try this proven and effective method too. As this method may not work for everyone, since it may cause some negative effects including difficulty sleeping after experiencing the emotional roller coaster that often comes with watching horror films..

This is why some students like Jonathan Martinez, a Spanish major, express other methods he uses like, “meditating and praying.” With it always being important to best talk to your doctor or licensed psychologist to see what works best for you personally to take care of your mental health.