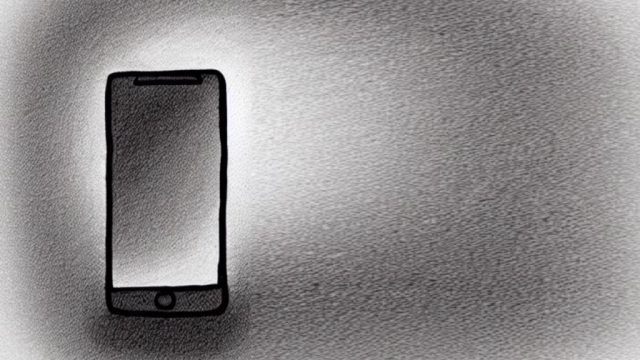 Social media use has been on the rise for the last 20 years and with almost three billion monthly users on Facebook alone, it’s worth asking: how are these platforms affecting our lives?

The Collegiate asked Grand Rapids Community College students about their experiences with social media. We also asked Frank Connor, Professor of Psychology and Department Head, to explain why these platforms affect students the way they do.

According to Connor, this is no coincidence.

“Online media sites have one purpose, which is to get you to use their site,” Connor said. “So they’re going to feed you stuff that they think you want to see. Every time you check your phone, check your computer, etc., you get this little bitty squirt of dopamine and dopamine is essentially the happy drug.”

The Journal of Neurology and Neurophysiology refers to this as a feedback loop and it can often be the cause of social media addiction.

“My guilty pleasure has definitely fallen into TikTok. I am an addict,” said Ayden Travis, a student at GRCC majoring in social work. A study published by the California State University claims that one in 10 Americans is addicted to social media. “It’s changing everybody,” said Radiate. “Especially Gen Z because we didn’t grow up without it.”

“Things like Instagram, that’s people putting out, like, their best images, their best times. So it kind of (makes me) feel like I’m not doing enough,” said 19-year-old Kali Capling-Pechette, a psychology major at GRCC.

This is a phenomenon sometimes referred to as “FOMO” or the fear of missing out. According to Connor, this phenomenon is actually innate to human psychology.

“Human beings make meaning out of comparison,” he said. “There’s no objective standard for being a human being. Well, the reality is that most people lie on social media. What they’re doing is basically putting together their best self. That’s not a real picture of the person’s life.”

According to a study published by the World Journal of Clinical Cases, FOMO has been linked to lower mental health, worse academic performance as well as social anxiety and clinical depression. Connor urges students to “think about your own life and where you have those same sorts of positive experiences,” when you see a post that gives you FOMO.

Another common experience among students is finding themselves distracted by social media.

“Snapchat is probably one that got, like, out of hand for me for a while,” said Ayden. “Snapchat streaks were like my entire life and I would get literally stressed if I was about to lose a streak.”

For those unfamiliar, a Snapchat streak is a number that appears next to a contact on your Snapchat profile that indicates how many days in a row the two correspondents have messaged on the app.

“I was definitely choosing to Snapchat over my homework,” Ayden said.

Regarding academic performance, Connor said there is a correlation between spending more time on social media, and having lower grades. However, he acknowledged a way that social media could be used to enrich one’s academic experience.

“Yes, students who spend more time online, on average, have lower grades,” he said. “But again it’s the kind of time they spend online. If students are online in social groups that are part of their academic peers, they actually do better.”

Although the rise in popularity of social media has presented many challenges, Connor said it is possible to have authentic and beneficial interactions online.

“If you’re going to use (social media), use it in part as a social site where you get together with friends and you have dialogue,” he said.

There are many ways that social media can be used to bring people together. The National Alliance on Mental Illness suggests finding a community of people with similar interests and unfollowing accounts that are not beneficial to your happiness and self-esteem.

“Social media is not free,” Connor said. “The companies that create the social media sites, they want your money so they’re going to try and suck you in. Just pause for a moment and think about the purpose of this site. It’s not to make you happy.”