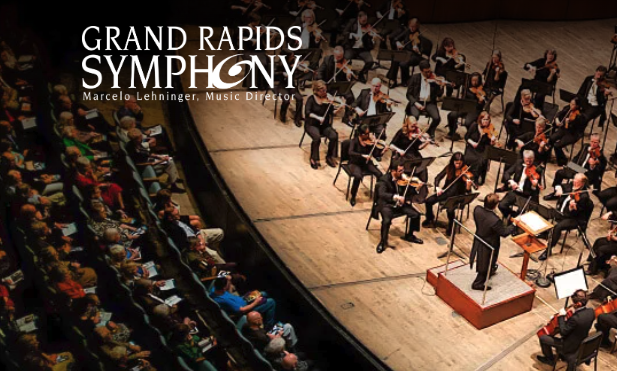 Over the winter break, the Grand Rapids Symphony is going to be holding a few concerts for the viewing pleasure of all Grand Rapids citizens – including students and educators of GRCC. These shows are called the Christmas Blessings concert in December and the Night on Bald Mountain concerts in January.

The Christmas Blessings concert featuring Sandi Patty with Steve Potts on piano with Steve Hanna on percussion, Michael Hovnanian on bass and John Helvering III as backup vocals  , as the name would imply, is a Christmas concert that plays a selection of classic holiday music – such as “Silent Night,” “The Most Wonderful Time of the Year,” “O Holy Night,” and “Winter Wonderland.” But that’s not all, because it also features award-winning vocalist Sandi Patty as a guest musician. This concert is on Thursday, Dec. 22, at 7 p.m.

The Night on Bald Mountain concert, meanwhile, lacks the holiday theming, but makes up for it with other iconic compositions. In particular, the star attraction, “Night on Bald Mountain” by Modest Mussorgsky. This classic piece is notable for its use in the final act of Disney’s Fantasia. If that isn’t interesting enough, there will also be Shostakovich’s “Cello Concerto No. 1” and “Symphony No. 1,” the former of which being performed by young award-winning cellist Andrei Ioniță. It will be held on Friday, Jan. 6, and Saturday, Jan. 7, both at 8 p.m.

But don’t panic if you’re tight on money. Students and educators are also capable of getting discounted tickets thanks to the Grand Rapids Symphony’s RUSH program. For more information on the program, click here. If you miss these shows, you can find more shows in the future here.