Trayvon Martin was killed.  Shot at point blank range with a semi automatic hand gun.  George Zimmerman was found at the scene and taken into custody.  He admitted to firing the fatal shot into the boy, claiming it as self-defense. After questioning, Sanford police sent him home.  No arrest was made.

Martin lost his life on February 26. A month and a half has gone by with no arrests.  In the meantime, racial tensions rise as the country aches in need of justice.  Protests and rallies have shot up all across the country.  The hooded sweatshirt has now become a symbol, being worn by marchers in Grand Rapids and across the country.

In a swift media fire storm, much focus has been on racial profiling.  Reports suggested Zimmerman could be a racist. On the opposite side, Zimmerman’s defenders say that was the farthest idea from his mind.  The Chicago Tribune reported that the New Black Panthers have offered a $10,000 bounty for the capture of George Zimmerman. The group believes that the shooter acted with racist intentions.

Even some of the participants in the recent “Grand Rapids Hooded March” are crying racism, with members of the march saying this is a white person’s world, and racism still exists under the surface.

I understand this sentiment; racism is still alive in the United States.

For me, the tragedy in this case is more about the fact that this 19-year-old kid was shot, there is a confessed gunman, and there is no trial date.  Whether that has to do with racial injustice or loose gun laws is yet to be determined. But nevertheless, I look at the loss of Trayvon and feel sadness for a life cut short.

The bottom line is the longer that George Zimmerman is free, the more restless the public will get, and the more the media will turn this into a feeding frenzy, causing a separation of the public by racial lines.

Without a trial, there can be no justice.

The reason Zimmerman has not been arrested is because of  Florida’s “Stand Your Ground Law,” stating that if someone is attacked, he has the right to “stand his or her ground and meet force with force, including deadly force if he or she reasonably believes it is necessary.”

If evidence shows that Martin did, in fact, attack Zimmerman, then this law could be cited, and I would be satisfied with whatever the courts decide.

Though I do find it hard to believe that this 28-year-old man felt so in fear of his life that his only option was to shoot a 19-year-old kid, a boy on his way back from local store with skittles and iced tea.

Something else I find appalling is the fact that special prosecutor Angela Corey, after a month and a half, has yet to decide if they will take Zimmerman to a state or federal court.  In the meantime, he is walking free while Martin’s family grieves a heavy loss. 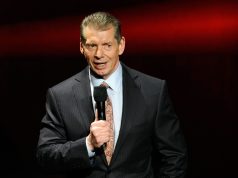