After securing the No. 1 seed, the Raiders drew a first-round bye and waited to play on Saturday.

The Raiders began the tournament facing a tough opponent in then No. 8 ranked Vincennes. The Raiders made quick work of Vincennes defeating them in three straight sets 25-16, 25-15 and 25-17. 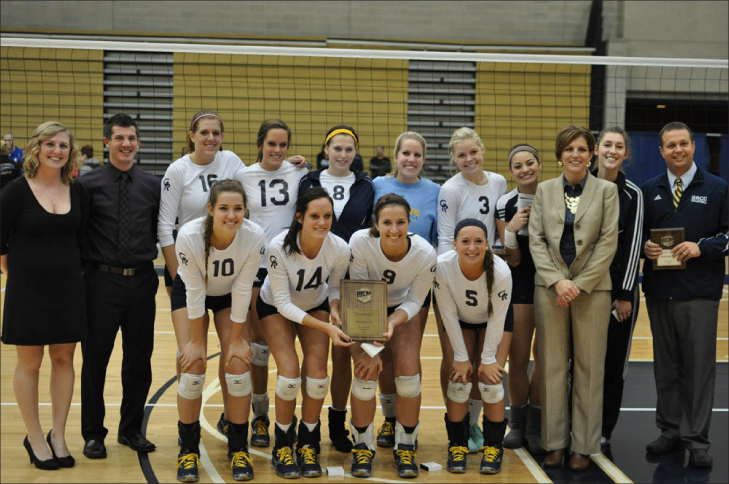 The Raiders advanced to play Vincennes in the championship match. They dominated the first two sets 25-11 and 25-7. But Vincennes would not go quietly, and would rally back winning 25-23 to force a fourth set.

After dropping the set, the Raiders were emotionally charged going in the forth set. The Raiders would win definitively against Vincennes en route to a 25-14 victory.

“I was actually glad we dropped the set,” said Head Coach Chip Will. “It was a learning experience for the ladies to be prepared for Nationals. We haven’t been in many pressure situations this season, so it was good to see how they responded and learn from it.”

The Raiders dominated the Regional tournament, only losing one set throughout the tournament. Will was named Coach of the Year for the fifth time in six years. The Raiders also won their second consecutive state championship earlier this season.

The Raiders played hard throughout the tournament, coming up with solid blocks, hard digs, and powerhouse spikes in every game.

Sophomore Nicole Czehowski led the team with 13 kills along with 14 digs. Sophomore Molly Maynard was close behind with 12 kills. Sophomore Kaitlyn Wolters had 41 assists and added 5 kills. 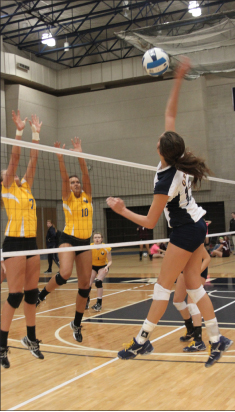 Czehowski finished as the District F Tournament Most Valuable Player.

“As coaches, we are making sure we are doing everything to put the team in a position to capture a national title,” Will said.

The Raiders have only lost one match the entire season to Glendale CC, coming back during their trip to Arizona from an invitational. They currently hold a 35-1 record and have won 26 consecutive matches.

The National Tournament will be held at Owens Community College Nov. 14-16. Last season, the Raiders finished seventh in the tournament. The Raiders are seeking their first national championship under Will.