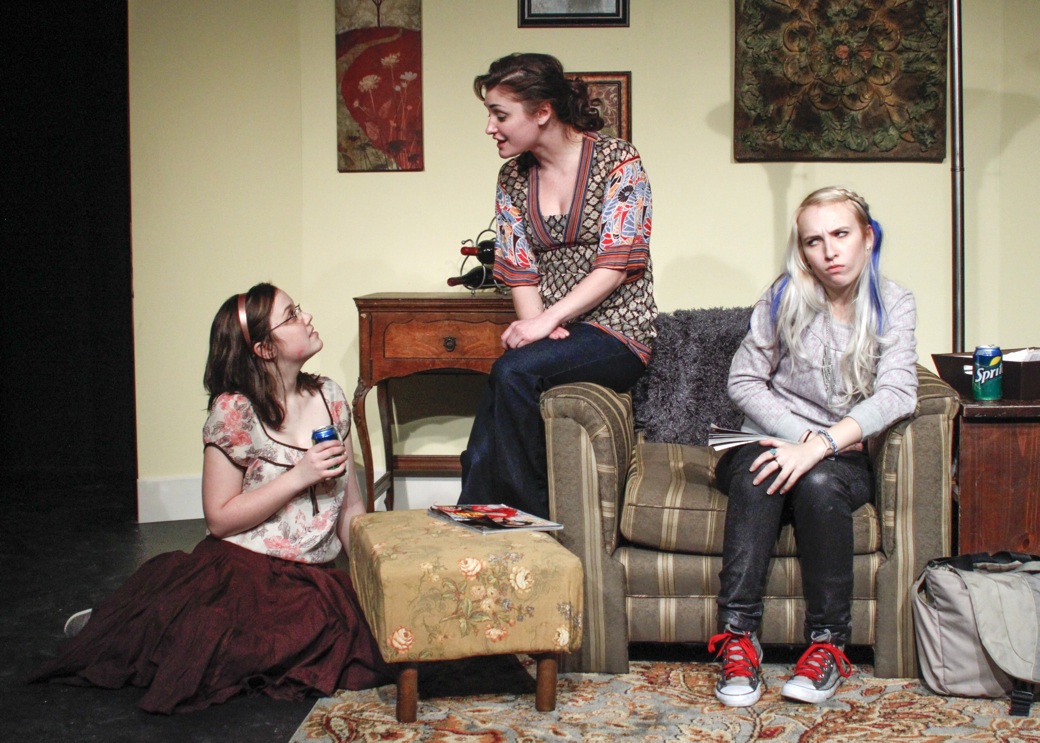 Looking for a unique, engaging story? The play “Crooked,” performed by the GRCC Players, is definitely worth your time. While I only saw the final dress rehearsal, it felt no different than an official performance, and I must say, I’m impressed.

The story follows 14-year-old Laney, an aspiring writer who looks for inspiration and meaning for both her writing and who she is. She finds this inspiration in her new friend Maribel, who introduces Laney to Christianity. Laney dabbles in the religion as well as experimenting with her feelings of Lesbianism. Meanwhile, this is met with much skepticism from a mother recovering from the divorce from her mentally ill husband.

As expected, emotions were abound in this intense play, and the actors did not disappoint in this area. Jessi Towell definitely made Laney’s passion for her stories felt. With her brilliant performance, you could really get a feel for Laney’s quirky yet lovable personality, even in the short time frame of the play.

Of course, Aubrey Pierzchala and Meeka Postman’s performances as Elise and Maribel respectively are nothing short of amazing as well. Postman made Maribel more than just the usual “Jesus Freak” and became someone sympathetic, with true struggles, especially in the emotionally-charged final scene.

Though the play has only these three characters, the chemistry between the actors really makes it work. Elise and Laney are no longer their actors; they are believable as mother and daughter. Laney and Maribel are now best friends with real struggles and happy times together. Quite a lot of sexual tension between the two can be felt as well as they grow closer.

The one thing that detracted a bit from the quality of the play was the music between scenes. While it was probably just there to provide a distraction from the changing scenes, it felt out of place. The songs did have a little bit to do with the emotions in the previous scene; however, the song choices didn’t seem to fit with the overall tone of the play. For instance, I couldn’t see either Laney or Maribel ever liking Hannah Montana, so her music felt random after their first scene together.

Overall, there is no one scene that is the best. Each one of them has its own unique way of laying out the story, and there is definitely not a single boring scene. From the opening where we get to see much of Laney’s interesting character, to the climactic ending, no one should leave disappointed.

The ending is also interesting to note. Though I won’t give anything away, it does deviate from the usual happy ending, yet it doesn’t leave the audience unsatisfied. Rather, it lets them come up with their own theories, leaving a more lasting memory than most plays do.